By Kevin–wandera (self meida writer) | 27 days 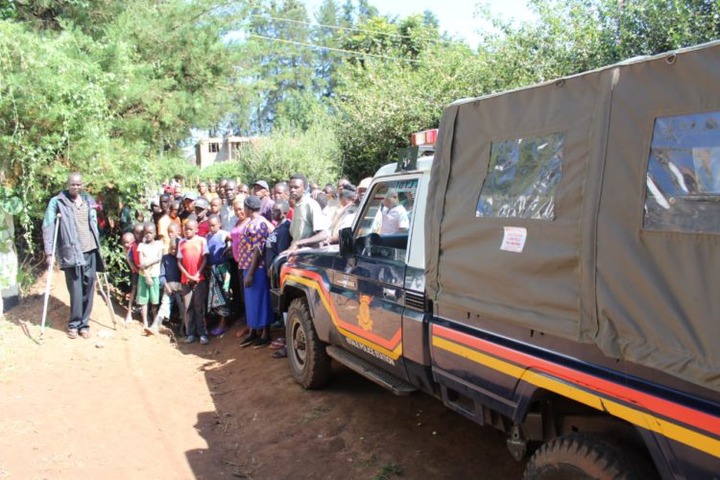 Strange things have been happening and making people wounder what's going on in our with our generation.

A recent incident has shocked people, whereby, a 17 year old polytechnic student in Naivasha has killed a middle aged man who lured him to his house inorder to discipline him for allegedly sleeping with his wife.

According to various sources it has been reported that the middle aged man tricked the young man, with a deal that was not mentioned and the young man fell into the trap by going to the man's house, upon entering the house the man closed the door and later reavelead the plan to the young man.

After telling the young man, who is a student the story behind the truck, they started arguing leading them to have a little fight and in the process the young man who allegedly slept with man's wife snatched the knife from the man and splitted the throat of the man.

The police arrived at the scene on time and saved the young man from the angry mob as he was about to be attacked, the body of the deceased is said to have been taken to the mortuary while the police now are holding the young man, for further investigation. 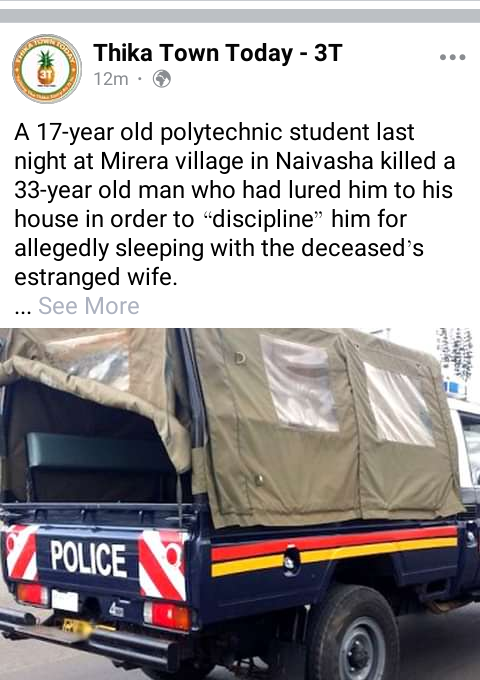 Sad: A PP3 Pupil Rape, Stabbed To Death And Her Body Thrown In A River

Forget About White House, Here Is The Most Protected Place On Earth (PHOTOS)