The bandit menace in the country has been one that the government has been doing its best to ensure that it ends but even as security forces patrol the hotspots, the menace is still ongoing.

Hundreds of people have been killed in the ensuing chaos with the National Police Service special units and the Kenya Defense Forces officers at the top of the place in ensuring that the place is bandit free again.

This morning, according to reliable reports from The Standard Newspaper from Turkana East Sub County, a government facility has been raided by heavily Armed Bandits who shot dead one person at the place.

The animal vaccination center that is found in Laikipia East, has been raided by the bandits whose number has not yet been established at this moment from the reports that we have gathered.

Thousands of animals which were at the facility have been taken by the culprits who have disappeared into the forest that is near by but police have already responded to the scene.

The Animal Vaccination Center is found in Lakwamosing in Turkana East Sub County in the County of Turkana where the incident took place earlier on this morning.

It's not yet clear if the person that has been shot dead was a government official but investigations have begun into the chaos to establish the problem and recover the lost animals.

Estimates put it at a little over 1500 cows have been taken by the bandits this morning. 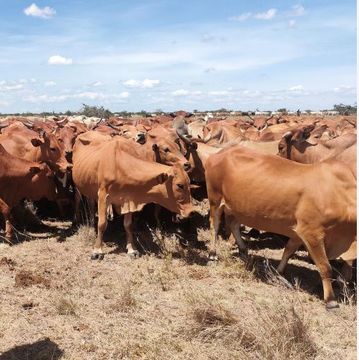 How Pres. Uhuru and Eugine Wamalwa Were Received Today in Portugal and UK Respectively (photos)

Foods That Help You Get Pregnant More Faster