By Lilian_Aloo (self media writer) | 7 months ago 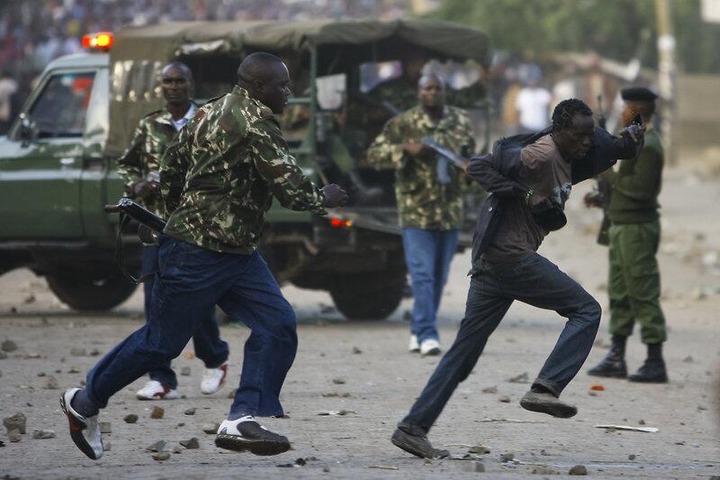 Photo used for illustrative purposes only.

In what sounds like a scene from a movie, the directorate of criminal investigation (DCI) Sleuths have narrated to the country how two dangerous and notorious gangsters were promoted to eternal glory by angry mob in Machakos after being implicated in a robbery mission gone wrong.

As the DCI narrates, Jackson Mulinge and Augustine Nzioka were the criminals behind the merciless abduction of an innocent woman who had gone to withdraw a whooping sum of Ksh 500,000 from a local bank in Machakos.

No sooner had she withdrawn the money than the criminals started pursuing her with the aim of harvesting where they did not sow. The gangsters later managed to get hold of the innocent woman at Kaloleni area in Machakos county and bundled her into an on waiting car.

However, the proverbial 40 days had already arrived for the criminals as an angry mob that got wind of the incident set up a trap waiting for them a few kilometers from the crime scene. They were beat senselessly to death with one criminal managing to escape.

However, he mistakenly left behind his national identification card and Detectives are currently in hot pursuit to bring him to justice with the aim of making him pay for his sins. 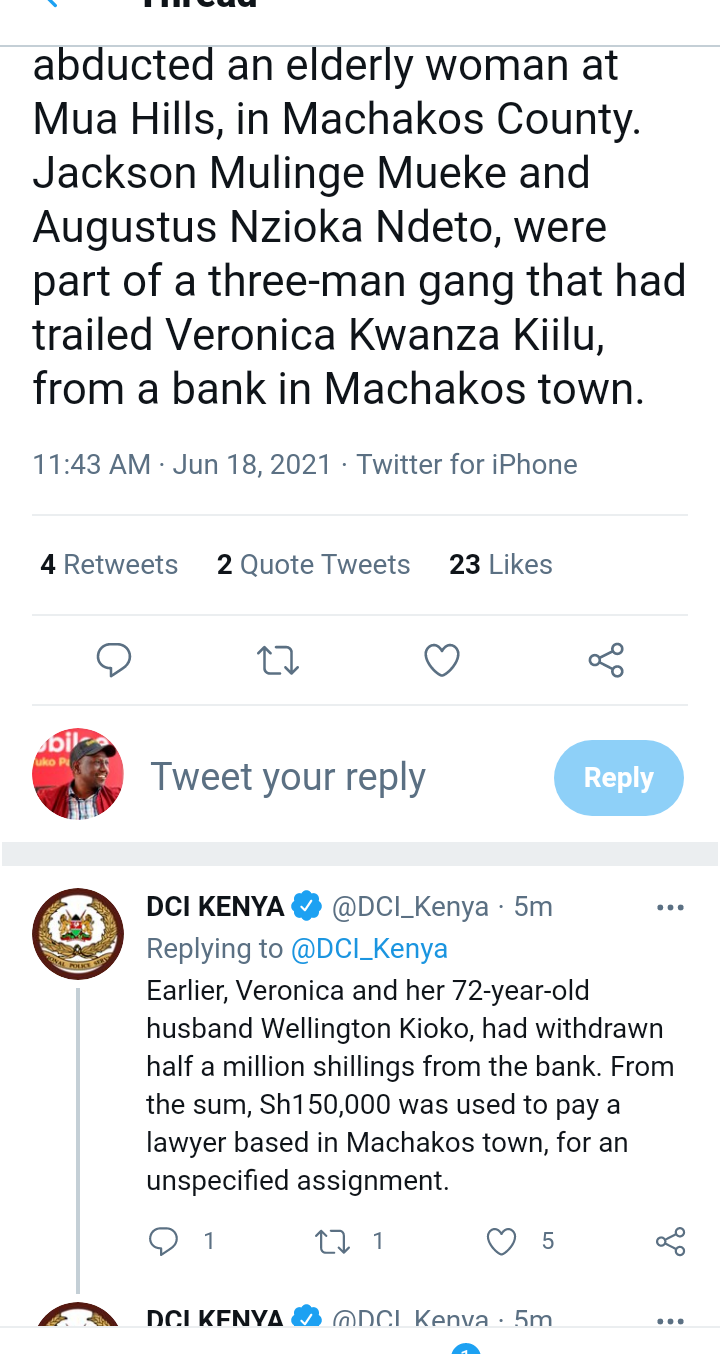 "The suspects were immediately ejected from the car by the unruly crowd and beaten senseless. Two of the suspects died in a hail of stones, blows and kicks, while the third suspect managed to escape the onslaught by a whisker," part of the statement by DCI read.