By Kevin_Gates_Kenya💥 (self media writer) | 2 months ago 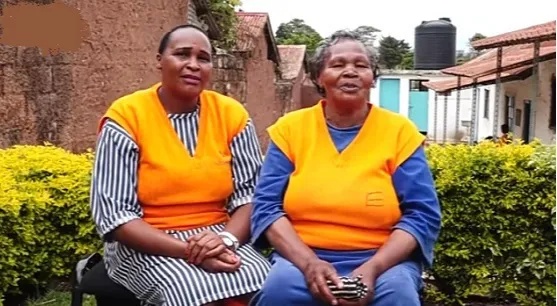 For the last 24 years, Cell 7 in Lang'ata Women's Prison has been home to 84-year-old Esther Njeri, who is serving life sentence for murder charges. Also in the prison is her daughter, Lucy Wanjiku, 42.

Njeri's uniform is a blue dress that displays her new identity; 'trustee'. She is the senior prefect to her fellow inmates and acts as a link between them and the officer in charge of the facility.

Lang'ata Women's Prison officer in charge Olivia Obell says Njeri, who is the oldest inmate at the facility, aggregates discipline and teaches tolerance to her colleagues.

Popularly known in the facility as Shosh, Njeri is enjoying these privileges and inside her room are a television set and a radio.

The cell has cement floor, seven beds and one toilet. The beds are well made, with a thick blue four-inch mattress. With her head resting on a pillow, she watches TV programmes inside her cell. 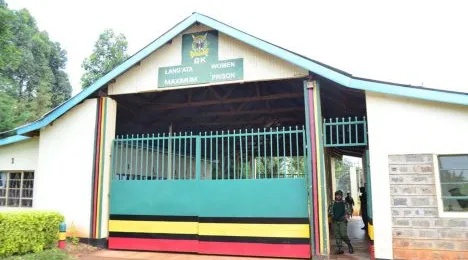 Due to her new status, Njeri supervises prisoners cleaning the cells.

Her daughter is doing tailoring in the prison and keeps a close eye on her mother. Wanjiku also ensures they meet on a regular basis.

Wanjiku and her mother recall what led them to being imprisoned with sadness. In 1998, Wanjiku, who comes from Gilgil, said their father arrived at their house while drunk and picked up a confrontation, which angered their mother.

The two fought and she joined in. Her mother hit their father with a blunt object, leading to his immediate death.

The two were arrested and taken to Gilgil Police Station and later remanded in Nakuru GK Prison for five years. They were handed a death sentence in 2002 and transferred to Lang'ata Women Prison. 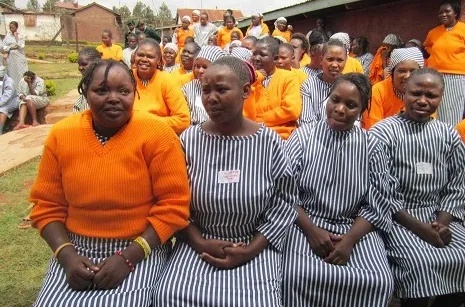 Luck came their way in 2009 when former President Mwai Kibaki issued a mass order that death row prisoners have their sentences commuted to life imprisonment.

Going back home to join their family and relatives is what the two hope for every day.

Wanjiku says: "Though our cards do not have the date and day to go home, we are optimistic that we will rejoin our family and relatives one day."

As she recalls the incident which took place almost two decades ago, she pauses for a moment and vows to never commit any wrongdoing if luck comes her way and is released from the prison.

Wanjiku, a mother of one explains: "There are many reforms in the prison and I don't view it as a jail since we can even watch news and pursue courses of our choices. What we lack here is freedom, which is paramount. I realised the importance of being free when I landed in prison. I am hopeful that I will be set free. I am a changed person and I will be a good mother."

The two are very close and they normally take their meals together and share everything. 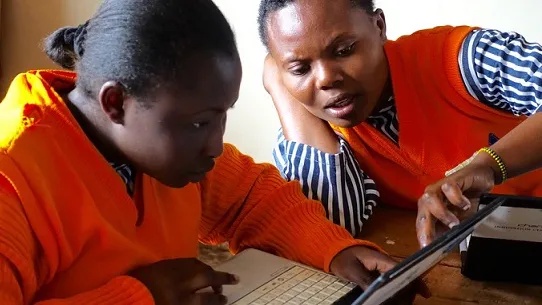 Every morning when she wakes up, Wanjiku passes by her mother's cell before going for breakfast.

"The first thing I do in the morning after waking up is to go to my mother's cell and check if she has woken up well. We pray together before I go for my duties. We catch up again at 1pm during lunch hour and in the evening when we are taking supper," she says.

Wanjiku is doing tailoring and dressmaking while her mother, who enrolled for adult education in the facility, is in Class Five. Wanjiku's passion in education prompted her mother to enrol and learn with other young inmates. 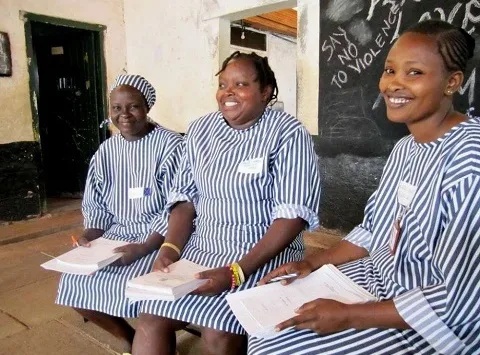 Njeri says she enrolled for adult education because she wanted to read the Bible and sing gospel hymns.

"I want to go and stay with my grandchildren and teach them to be people of good character so that they can be cautious, lest they find themselves on the wrong side of the law," Njeri says.

Obell says most of the aged inmates in the prison have been promoted to 'trustee' status so that they can enjoy their sunset years behind bars with dignity.

"We also give them a chance to give words of wisdom to the rest of the inmates and teach them on tolerance. They also have TV sets in their rooms," says Obell.