The mysterious disappearance of Benjamin imbai, Brian Oduor, Elijah Obuong and Jack Ochieng has been one of the most spoken about story in the past few weeks after news about their dissappearance came to light hitting different media houses in Kenya. 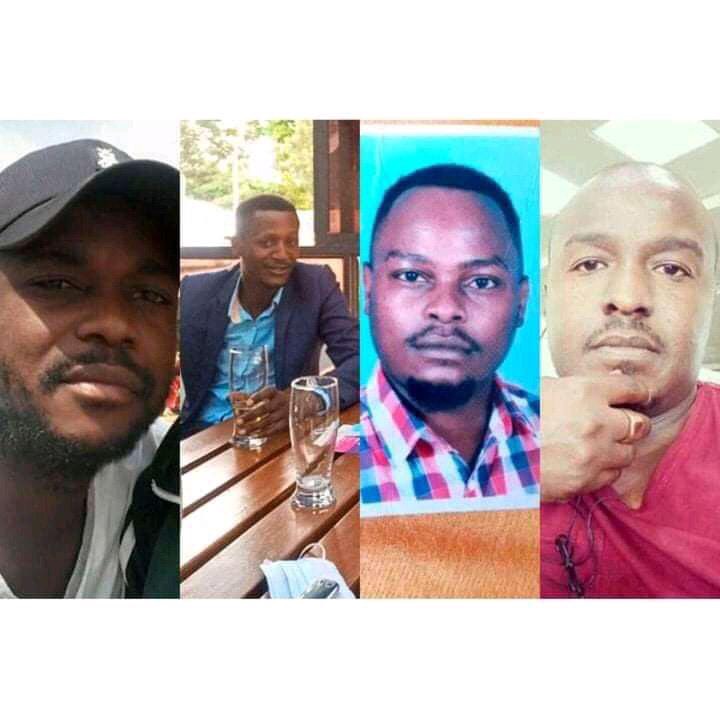 According to the reports given by the family members of the missing men, they claimed that they dissappeared a day after they were spotted enjoying themselves at a popular joint in kitengela where they had gone to enjoy themselves before they dissappeared mysteriously.

However in a new turn of events, the director of criminal investigations have revealed that they are currently looking for a senior police officer who is reported to have been the mastermind behind the shady dealings of this men.

Further reports indicate that the officer who was transferred from Nairobi was the one behind the whole drama and was always looking out for these men until his superiors got wine of his shady deals and so due to this reason, they decided to take him out or rather transfer him to another station.

However, his transfer is reported to have caused alot of confusion between the men where they allegedly panicked and in one of their deals, some of them went rogue and eventually ended up dying after dealing with an unknown gang leader who might have gotten angry or rather mad at them.

They went ahead and revealed that due to this reason, they are currently looking into the officer in order to get more information on what actually happened between the men where two have been found dead while the others are still missing.

This incident has sparked alot of mixed reactions from Kenyans who seemed to have been confused on why the alleged senior police officer wasn't fired but instead transferred instead.

With a section of Kenyans claiming that maybe this was because of the fact that they thought that he was suffering from a mental disorder which would have helped him recover, others went ahead and called upon the agents from the director of criminal investigations to reveal how these men got out of Nairobi despite the fact that there was a lockdown. 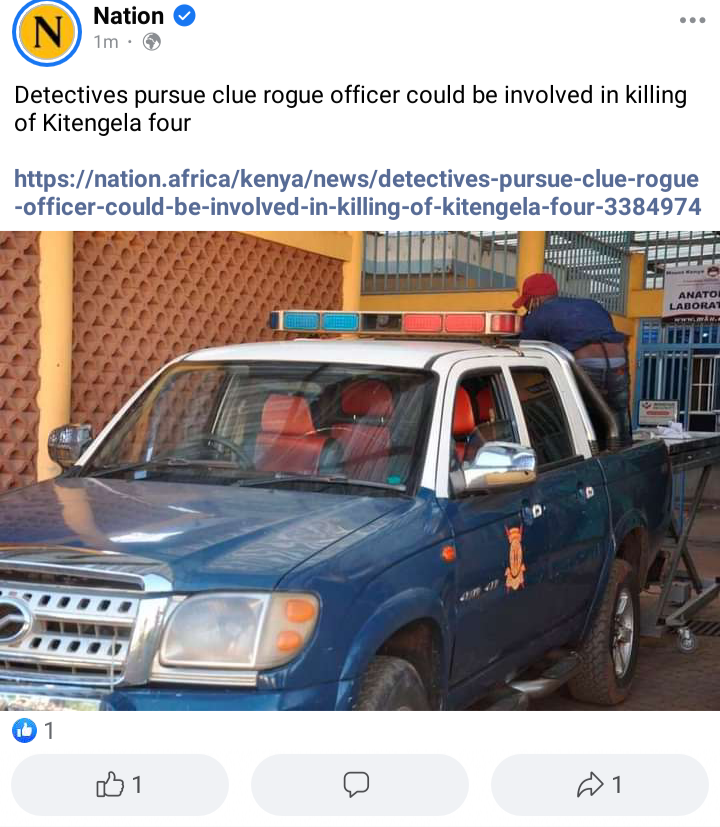 What You Missed About Kabi WaJesus Family

Bahati Reveals He Did This At Diana's House Before They God Married, Kenyans React

Five People Feared Dead, Eight Others In Critical Condition After A Gold Mine Collapsed In Kakamega

Kabi's Message To The Public Causes Stir On Twitter