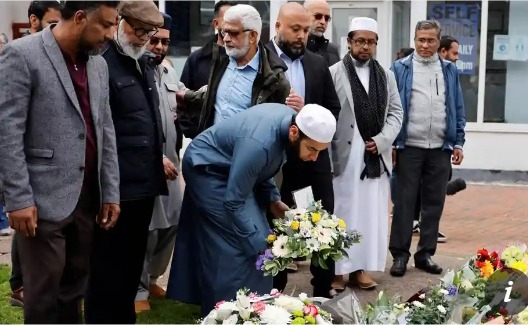 Deep in the sprawling Andover-estate in Finsbury-Park, North-London, talk turns to an identity-crisis holding back teenage and twenty-something British Somalis.

Born in London, 23-year-old Najma Sharif laments how some view her as not British enough, as others in her community believe she is not sufficiently Somalian. In her parents’ birthplace she is dismissed as diaspora - at home a mere ’Mali.

As reported by The Guardian, speaking as darkness fell on Friday; just a day after Ali Harbi Ali, 25, British-born-man of Somali heritage, was reportedly charged with the murder of the Conservative MP Sir David Amess in Essex; Sharif said the intersectionality of being black and Muslim was hitting young-men particularly hard.

The fear is that the killing of Amess has magnified negativity towards Britain’s Somali-community; an anecdotal-rise in hate crime has already been recorded.

Almost immediately after the MP’s killing, death-threats were reported, according to Kahiye Alim, Council of Somali Organisations director. The morning-after, advice was issued to Somali-groups and businesses to get in touch with their local-police and crime-commissioners, and their council, for possible help.

Younger-members of the community have been specifically-targeted, and a couple of youth-clubs were forced to shut.

Already, Alim’s organisation has approached the mayor of London’s office for policing and crime for help reporting hate-crime more-effectively. This week he is hoping for a meeting with the Metropolitan-police’s hate-crime unit.

After Ali was reportedly charged on Thursday, the Council of Somali-Organisations produced a video on how the community can report hate-crime; it is also offering tips on “personal safety”.

"My Life Is In Danger, My Enemies Who Killed My Friend Martha Are After Me" Ngilu Says as Kenyans React