Man Slashes His Grandmother's Head With A Panga Claiming That She Does Witchcraft Activities.

A sad incident has been reported in Marani area Kisii county after one middle-aged man reportedly ended his grandmother's life brutally. It has been reported that there were rumors circulating around claiming that the old lady was using black magic. The man was not happy and he felt like people are tarnishing their family name. He actually went straight to where the grandmother was and started interrogating her concerning the viral rumors. The grandmother defended herself but this man was not listening to her at all. 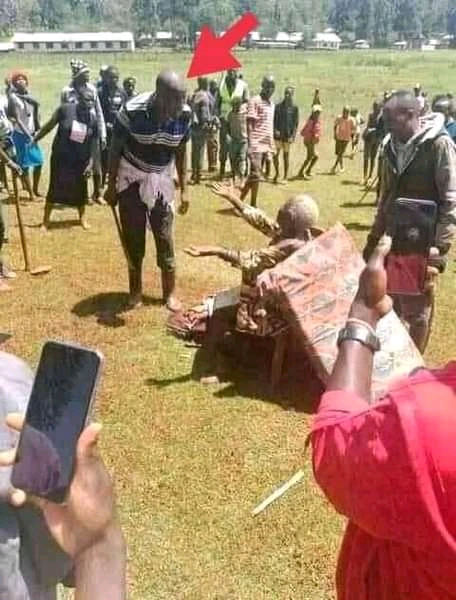 By then, neighbors had started coming and the crowd was getting bigger. It has been reported that he slashed his grandmother's head killing her on the spot. Some men joined him and they brought more people who they believed were doing witchcraft activities. They actually burnt them to death and escaped after realizing that police officers were coming. Police officers have asked anybody who knows where they are to bring reports since they are murderers.( Source, Facebook). 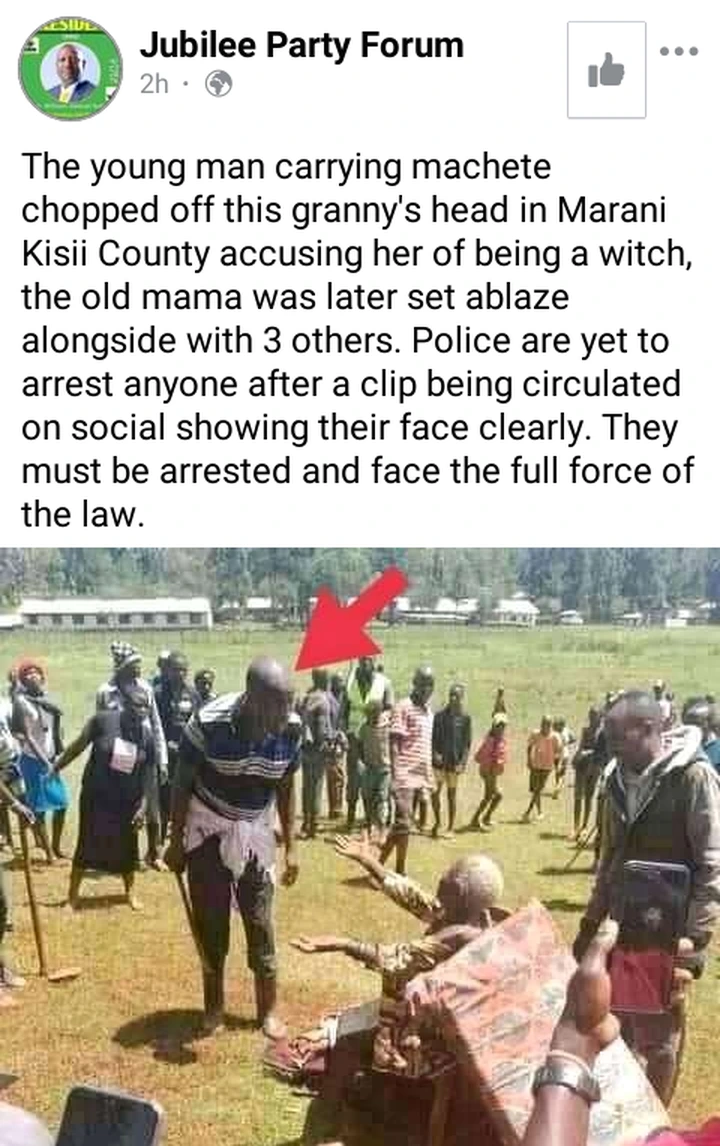