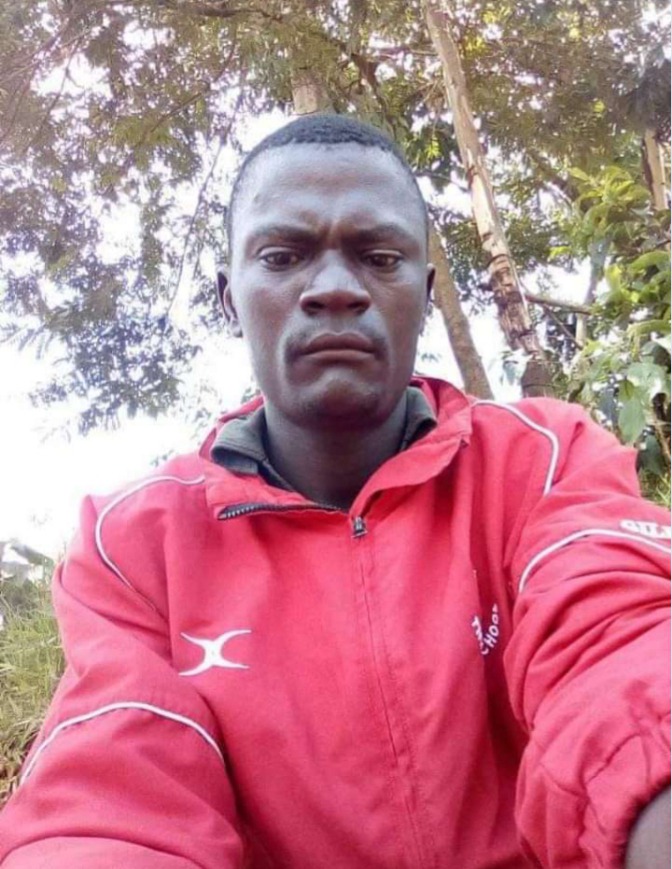 According to reports, police officers from Mumias managed to trace and arrest a man by the name of John Odinga on suspicion of the abduction and murder of Cynthia Makokha. 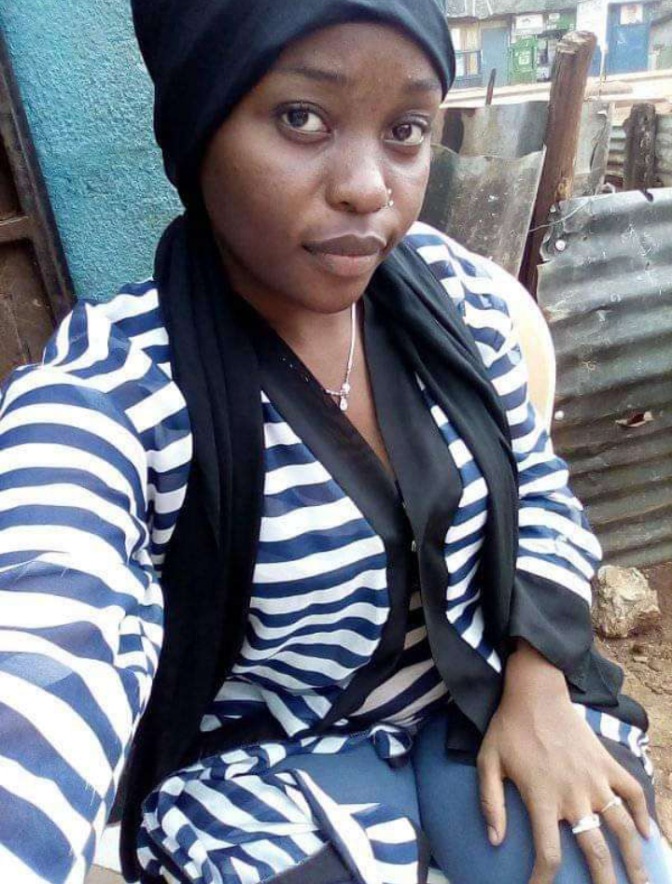 Detectives revealed that the suspect uploaded his photos of his Facebook page using the phone of the late Cynthia who was killed and her phone taken away. 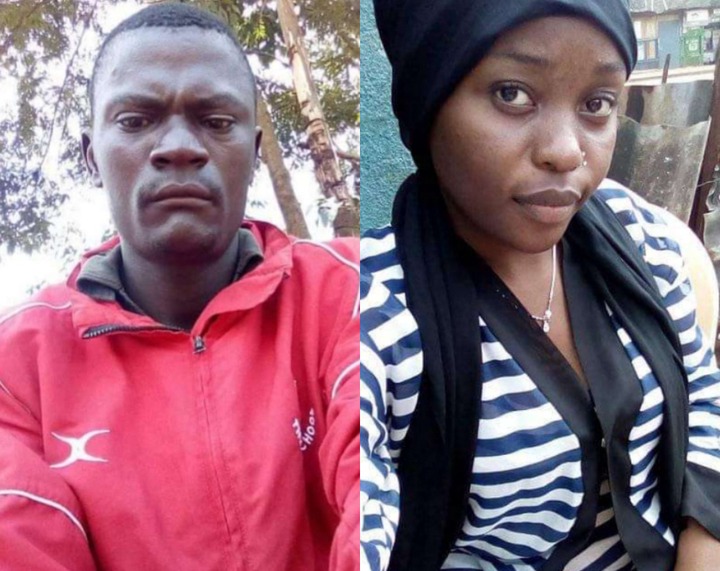 Through investigations, detectives nabbed John Odinga and taken him to the police station for more questioning. Cynthia's parents said that their daughter had boarded a motorbike after she alighted from the vehicle in Mumias and she was heading to her grandmother's funeral. 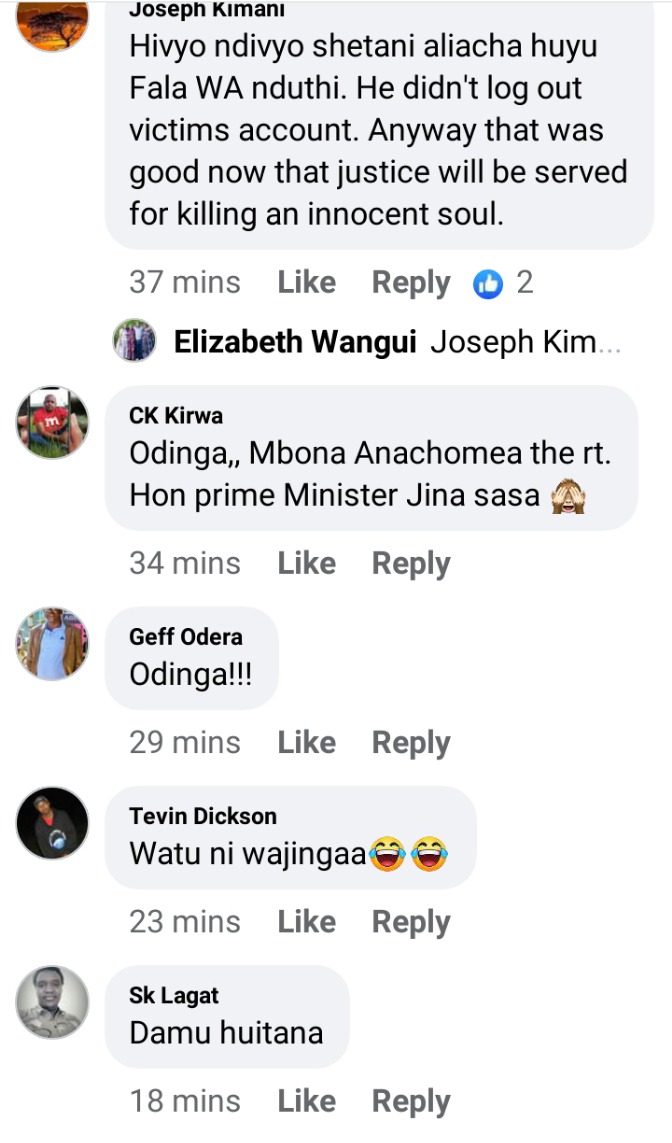 The parents are now appealing to police officers to speed up the investigation now that one suspect has been arrested so that justice may prevail. Police officers have also promised to bring all those who participated in the abduction and killing of the innocent girl to be brought to book. 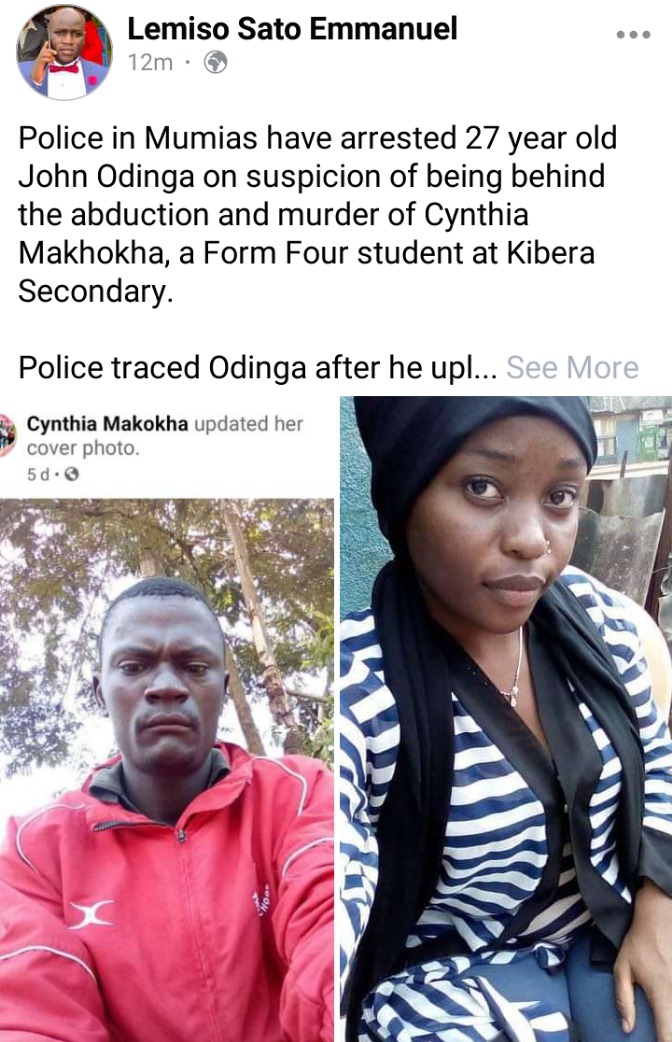