Kephar Eliud Omuko is the man from Kisii whose privates were chopped off by his wife after they had an altercation.

According to Kephar, he claims that he had differences with his second wife which led to fight that later ended up being chopped his privates.

Kephar went ahead and claimed that he has no issues with his second wife and he has forgiven her for the heinous crime she committed.

Kephar's wife accused him of infedility which led to the whole incident. The suspect pleaded not guilty and was released with a bail of Ksh 50,000.

The incident left all Kenyans in shock where most condemned the action taken by the suspect. Kephar is still admitted at the Kisii Teaching and Referral Hospital. 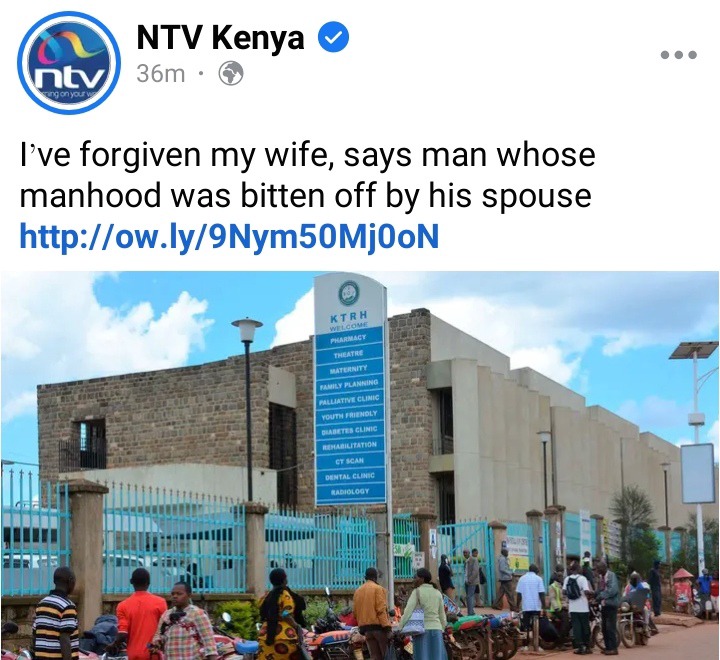 Many have reacted to the news and here are some of the reactions.

When I heard that the wife is still breathing I knew he was intending to forgive her.

He knows why he has been forgiven. Anyway haituhusu. You started something you could not finish.

You are a real man. Forgiveness is paramount