By TeeGitonga (self media writer) | 7 months ago 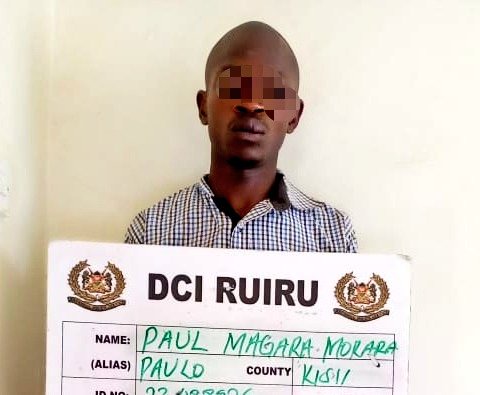 Sleuths from the Directorate of Criminal Investigation (DCI) have today evening nabbed a notorious killer and rapist who had caused havoc in Ruiru town by terrorizing young women in the surroundings. 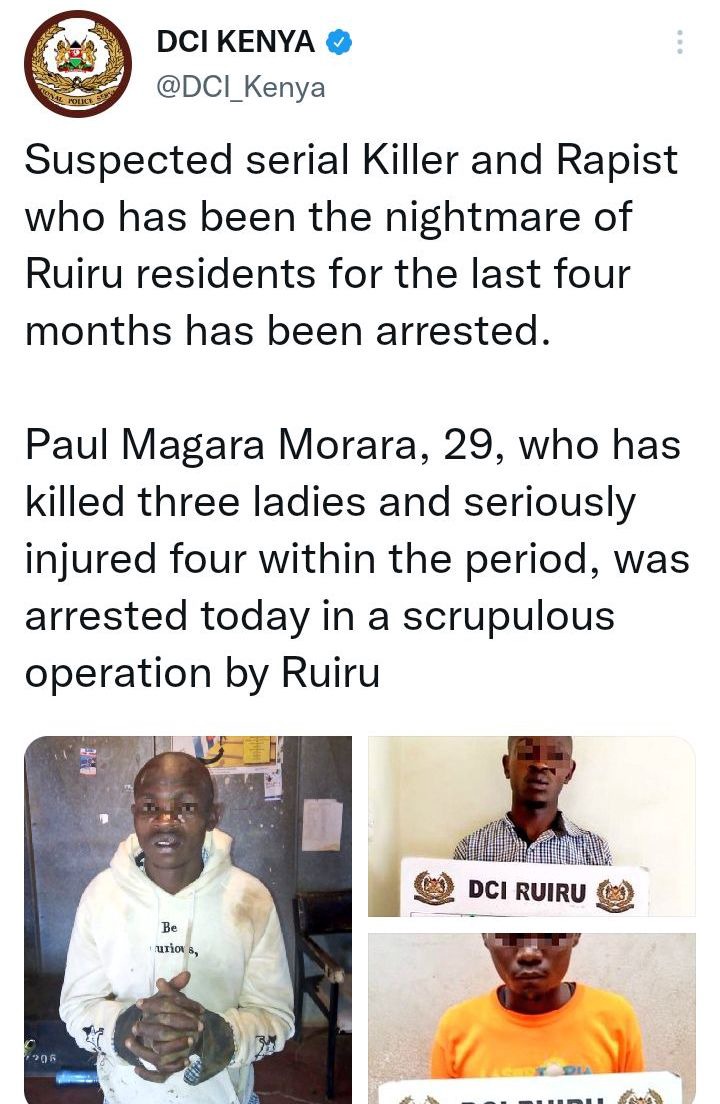 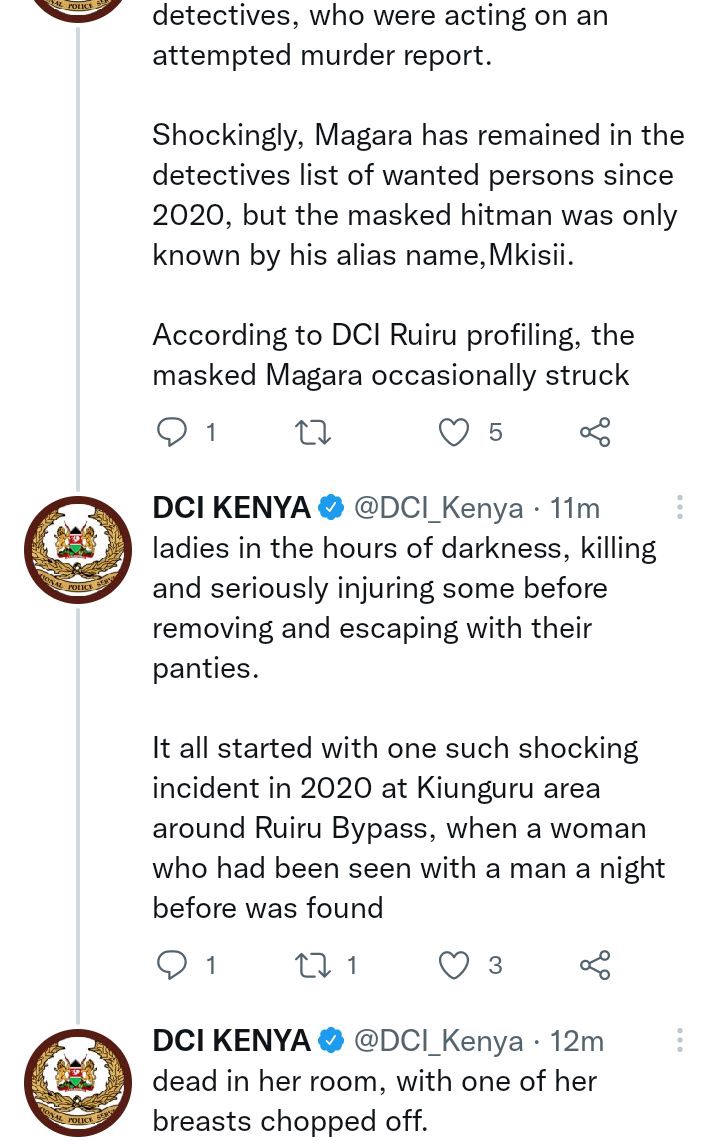 The detectives on their official twitter handle have revealed that one,Paul Magara Morara a 29 year old criminal who has been on the list of most wanted criminals has been nabbed after a manhunt that has lasted close to two years.Magara is accused of killing more than five women after raping them in heinous and evil schemes in the company of his accomplices.

It is reported that Morara,who is known in the streets by his alias name 'mkisii' joined a cult in 2014 that promised to enrich him should he kill young women,remove their panties and produce them for payment.Prior to his arrest,the murderer is reported to have sneaked in a couple's house in their sleep and stabbed the young woman on the neck before embarking to his brothers house,where police had laid trap for him.

In custody,are two more of his partners in crime. This chilling series of heinous crimes,comes just a day after self Confessed children killer Masten Wanjala escaped from police custody ahead of his alignment in court.