Police officers from Nakuru are currently investigating an incident which reportedly happened in Nakuru after a police constable is reported to have collapsed and died under unclear circumstances. 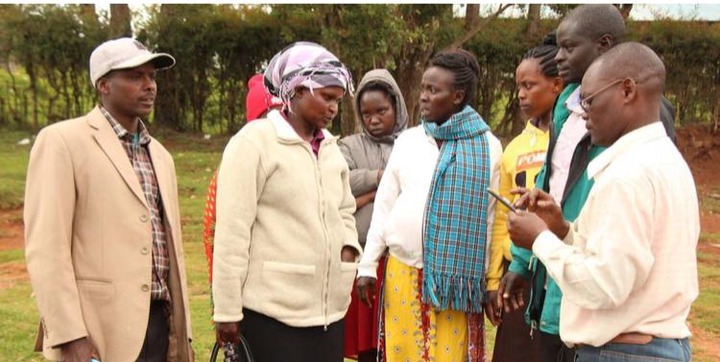 According to the reports given by the police officers who responded to the incident after being alerted by one of witnesses, they revealed that the deceased had allegedly collapsed and died under unclear circumstances moments after coming from a woman's house.

This was followed by a dramatic scene after they immediately rushed to the crime scene where they collected all the available evidence before taking the body of the deceased to the mortuary for Postmortum services.

According to the reports given by the brother of the deceased, he also revealed that the deceased called him but never told him about being sick. 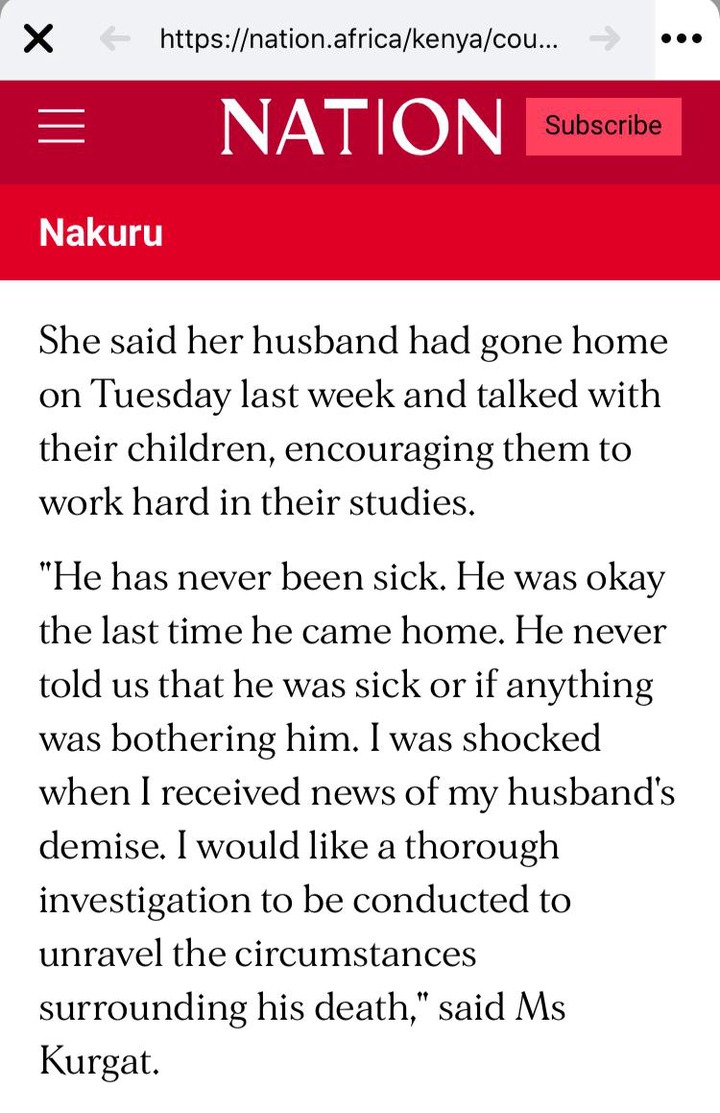 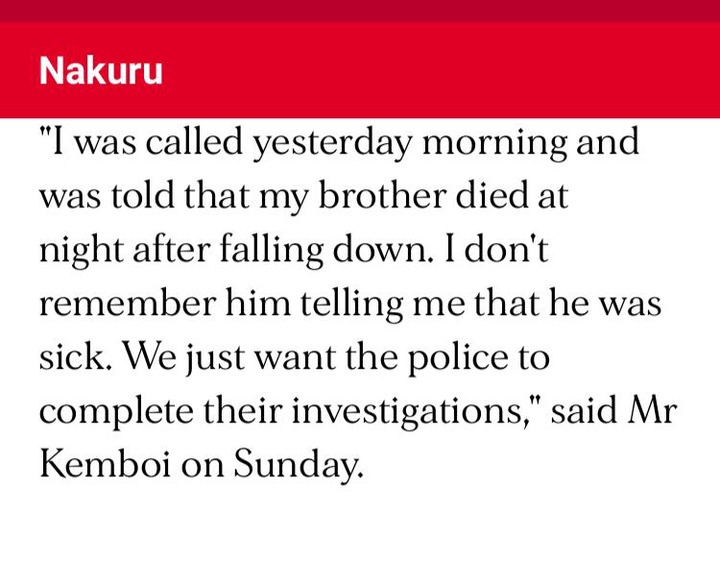 Due to this reason, the family of the deceased has called upon the director of criminal investigation to conduct an investigation in order to find out the cause of the man's death. 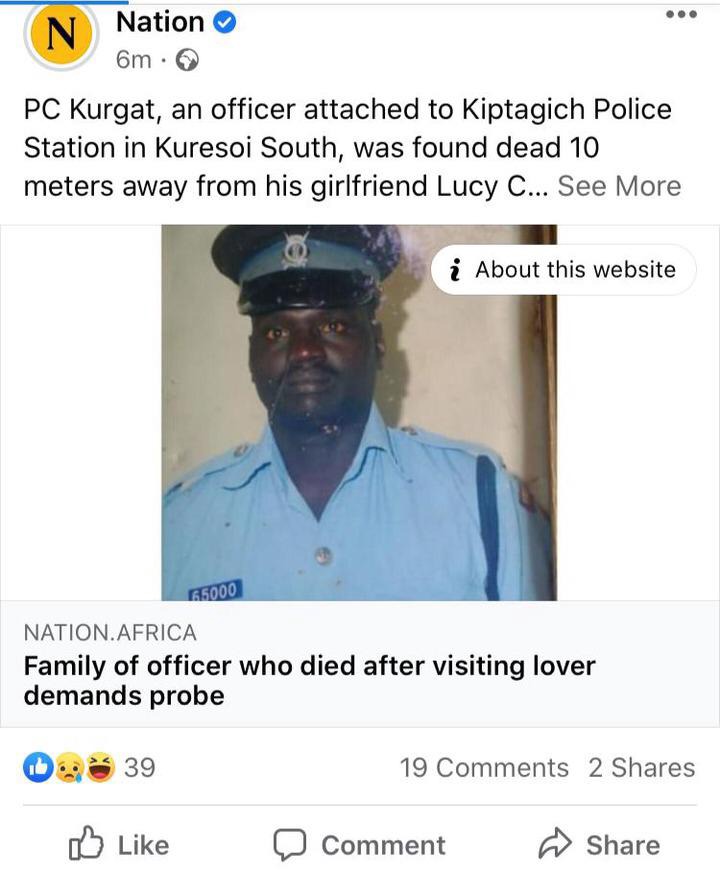