Justice For Velvine In The Process; Police Officers Finally Arrest Man Behind Brutal Murder Of Vesh

By BlissMedia.co.ke (self meida writer) | 27 days 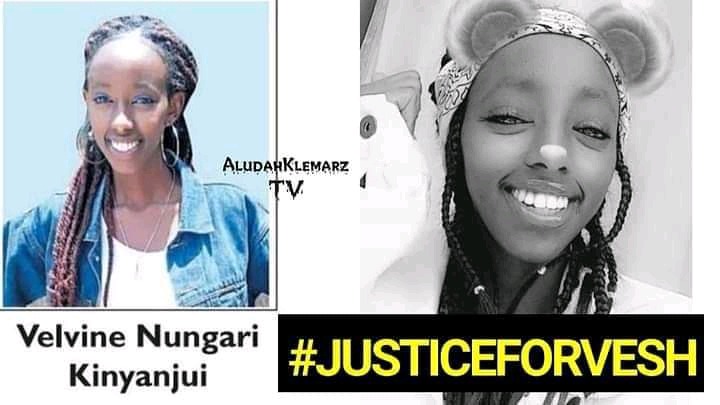 Hashtag Justice for Vesh has been trending on Twitter for some time now with Kenyans seeking to get the man who brutally murdered the 24 years sued and sentenced.

Velvine Nungari Kinyanjui had gone on a night out for drinks with Antony Njenga Murimi who was her friend.

Velvine invited her friend over, but did not turn out because it was very late for her to be out. The friend promised to be in touch with her to know how she is doing.

However, Velvine never got back to her friend which raised lots of questions to her and made her together with some friends go out to search for her. 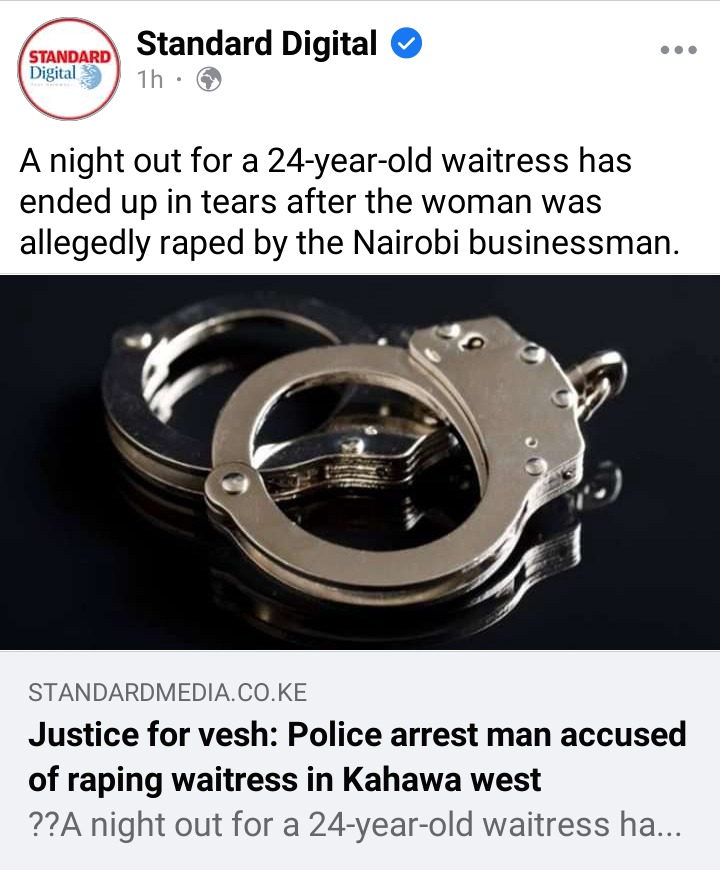 On getting to the Kahawa West hotel where Velvine and Antony are believed to have spent their night, they found her lying in bed without her clothes on while unconscious.

Taking her to hospital she succumbed to the multiple injuries including spinal cord damage. The outcry for justice from Kenyans has finally be heard by the Kenya police who have reported that they had arrested the assailant.

According to Kiambu County DCI boss, Mr Samson Kiptum, the suspect is in police custody as investigations are still on to get enough evidence to open murder charges on him.

The DCI boss reported that the Kiambu DCI officers have forwarded the case of Velvine to the Kiambu DPP's office for further advice.

"The matter is still under investigation. The suspect will soon be in court." Mr Samson Kiptum told the Standard reports.

Meet The Luo Lady Who Was Assaulted By White Husband