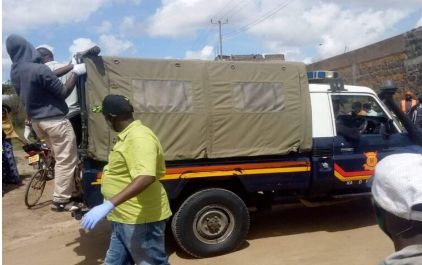 Christine Ambani, a 23 years old student at the Kiriri Women' s University of Science and Technology was reported dead after going missing in July this year. This was after her body was found lying lifelessly at a lodging in Githurai. She was studying a degree in Business Administration before she met her death.

Events before the murder of Christine 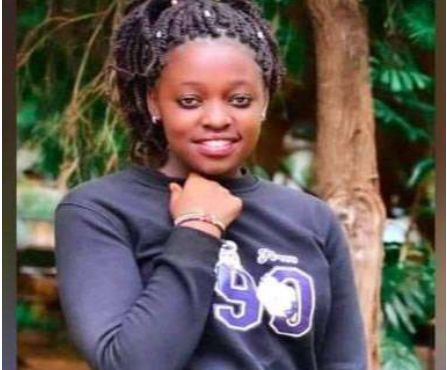 On the day that she met her death, she had left the University which is located in Mwihoko to go and see her boyfriend who lived in Githurai which is more than 10 kilometers from her school. According to what her friend told the detectives, Christine was very happy and anxious about her date which she did not want to miss little did she know that she was heading to her death trap which was made by her own boyfriend.

Immediately Christine met up with her boyfriend by the name Innocent Kalio Makokha, they booked a guest room which the management said that they were not to stay long. The detectives suspected that they booked a room for a few hours because Christine was to go back to school to do a test.

Christine left the school in the company of her friend who also wanted her hair to be done in Githurai. She waited for her until she was done with the salon and left for school. The suspect on the other side paid another amount of money on top of the one that they had paid before so that they could stay longer in the room.

Murder and arrest of the suspect 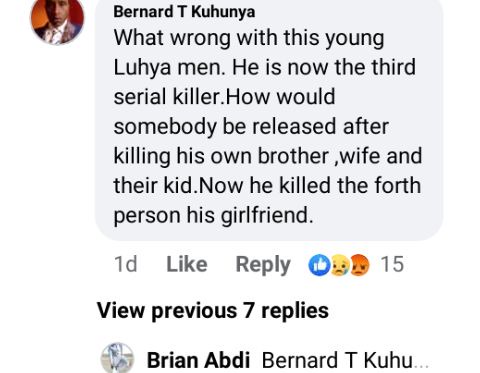 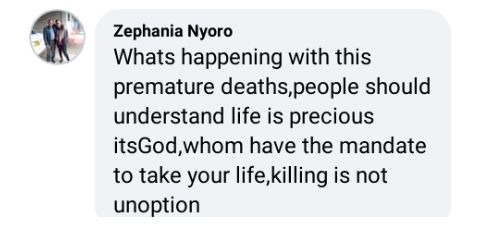 After the suspect had paid some extra cash to be allowed to stay longer in the room, he decided to spend the night in the room where he had booked. The detectives suspected that it was during the night that the suspect killed the deceased by stabbing her on the neck before leaving her to bleed to death.

He then asked her relatives to send him a total of sh 87, 000 which he pretended that Christine wanted to refund her boyfriend all the money that he sent her to help her to be comfortable at school.

After the detectives found out that he was the main suspect in the murder, they decided to look for more information about him only to find out that he was a dangerous criminal who had been detained and released from jail under unclear circumstances. It was on 2nd February this year that he was proved to be the main suspect of his brother, his brother' s wife and their infant child. He was said to have murdered the three by setting their house a blaze while they were all asleep. All these happened in Mumias, Kakamega county and it was investigated by detectives who are based in Mumias.

He was also said to have attacked his family which was mourning the three and destroyed all their family property. The police were alerted and they came and arrested him before being taken to the Kakamega prison where he was released under unclear circumstances. The detectives stormed a house which was suspected to have been rented by the suspect and arrested him. He was said to have been hiding in his house at Chokaa area in Kayole. He gave the detectives a lot of hard time by him moving from one place to another.

A smartphone which was belonging to the deceased was recovered from the suspect' s house. He had taken charge of the smartphone and was using it to torment the deceased' s family. A knife which was suspected to have been used to commit the murder was also recovered from his house. He was also found in possession of two other phones which he was suspected to be using in his criminal activities. He is expected to appear at the court on 30th July, 2021 to answer his charges. 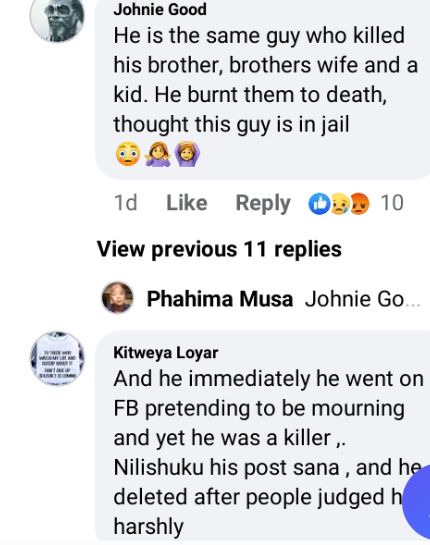 The body of Christine Ambani was taken to the City mortuary where an autopsy report was done on it. According to the report, she died from excessive bleeding from the wounds that she acquired through stabbing. She was said to have died minutes after being stabbed. Christine' s body was already buried and her relatives are hoping that they will find justice for their kin who was brutally murdered. The suspect has not yet opened up on his main reason for the murder but it is suspected that he killed her because she was unable to refund all the money that he had spent one her from the first day she joined college.

The murder suspect is still under the police custody as the detectives continue with their investigations. The family members to the suspect told the police that they were also shocked by what one of their own did to the young lady. They thought that Innocent had learnt his lesson while in prison and would not go back to crime but they were wrong. They want the detectives to do their work without any interruption and when the time to detain the suspect comes, they should take him to prison without looking back and perhaps he will be able to learn his lesson this time round. The administration of the Kiriri womens' s university has warned female students from collecting extra money from their boyfriends. This was because most deaths about young university ladies are related money lending issues.