By Beysire (self media writer) | 1 year ago 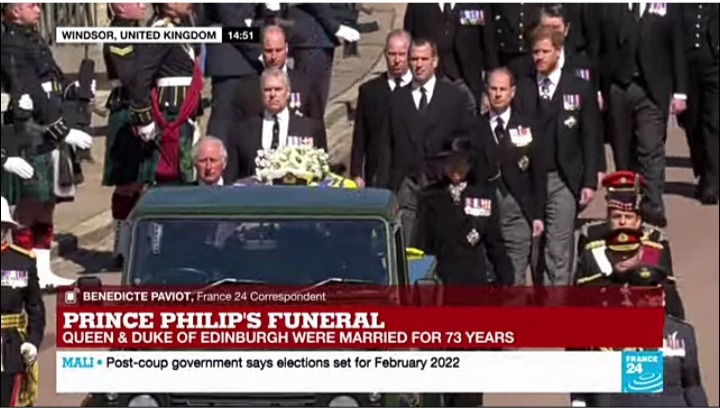 There's no escape to death and life is not separate from death it only looks that way. It's been a week since His Royal Highness Prince Philip Duke of Edinburgh. His interment is currently underway at the St George's Chapel at Windsor Castle.

The funeral service has only 30 members from the Royal Family listen to Hollywood the heir-to-the-throne Prince Charles his only daughter Princess Royal, The Duke of Cambridge, Prince William Duke of Sussex Prince Harry Her Majesty the Queen. Cousins to the Late Prince Two of his sisters and sum of all his grandchildren including Princess Beatrice Princess Eugenie Zara Tindall Phillips their Siblings and their spouses. Prince Edward and his children and not to forget Prince Andrew. 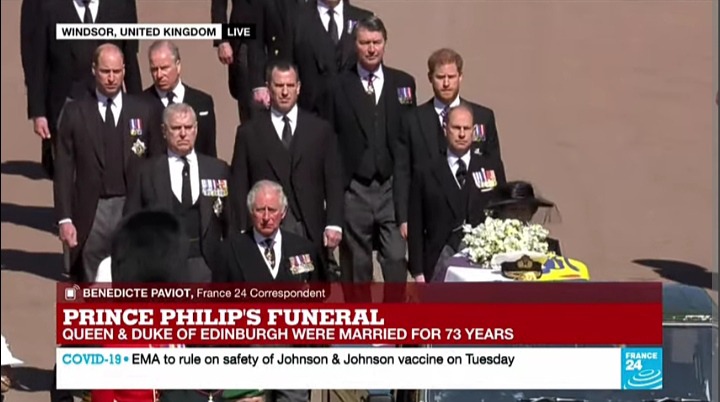 There was a procession earlier on from a private tutor to Saint George's Chapel. , it was led by members of the royal family who are behind the Royal Naval officers. Prince of Wales and Princess Royal lead the family in the short procession. 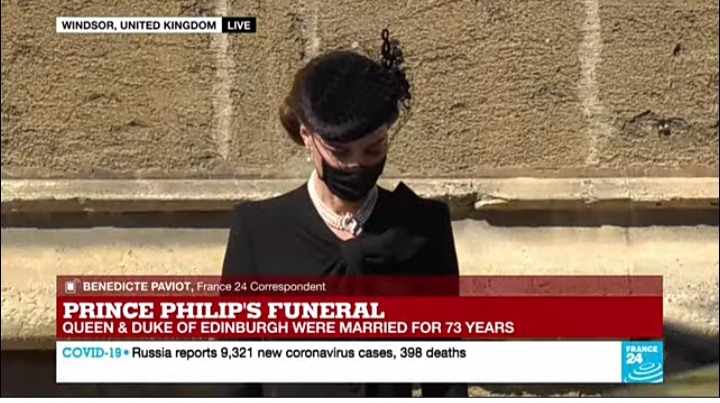 Prince Harry and other grandchildren of the Queen and the late Duke of Edinburgh were also seen marching gallantly as part of the royal family. Also in attendance is Catherine Duchess of Cambridge the Queen however did not take part in the profession as she is to be protected at all costs against covid-19 and therefore no risk should come to her she did the word join the procession inside her royal Bentley.

The extraordinary detail of the funeral stood out. A green Land Rover carried the Duke of Edinburgh's body. It was designed by the husband of the Queen earlier in 2019. it's a modified version of a Land Rover. His carriage and personal horses were also on display.

The Duke of Edinburgh's naval cap and royal sword was put on top of his casket. Also, the casket was draped in his Royal Standard which shows his Danish and Greek heritage.

The late Prince Philip didn't prefer a sermon at his funeral. Instead, a few sentimental songs and hymns that were favourites of himself and the queen have been singing by soloists at the chapel. As that is going on, silence and a quiet reflection are underway among the member present. Also, a few words of encouragement from the Archbishop of Canterbury is underway.

The queen was seen seated pensively and alone. It was a heartbreaking sight seeing that she had been married to the Prince for over 60 years. Prince Philip was her Strength and Stay.

Content created and supplied by: Beysire (via Opera News )