Police officers from Homabay County have arrested over 36 under age teenagers who are reported to have been caught or rather busted partying and drinking in one of the houses in a remote village in Homabay after they were tipped off by a concerned neighbor. 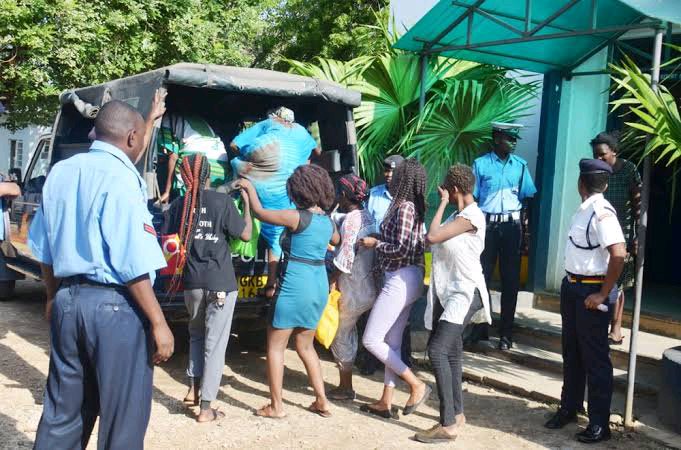 According to the reports given by the witnesses or rather locals from Homabay, they claimed that the a suspects who were at the age of 14 to 17 were caught in the act of enjoying themselves by the police officers who responded to the incident.

Confirming this incident, police officers who made the arrest revealed that most of the teenagers who were at the party were previous class 8 candidates who had just cleared their Kenya Certificate of Primary Education which is commonly referred to as KCPE.

Adding onto their remarks, they claimed that 4 suspects escaped by jumping over the fence as police officers are currently searching for the ones who escaped. In their own words, they urged parents to make sure they look after their children especially in this long holiday where several teenagers end up getting pregnant or in worse case scenario found dead.

The 36 suspects were Immediately taken to the nearest police station for more investigations and questioning along with the contraceptives, drinks and drugs which were also recovered by the police officers at the alleged house party.

This incident has sparked alot of mixed reactions from Kenyans who seemed to have been confused on why there was an increasing number misbehaving teenagers. With a section of Kenyans claiming that maybe this was due to poor parenting, others went ahead and called upon all parents to make sure they keep a close eye on their children. 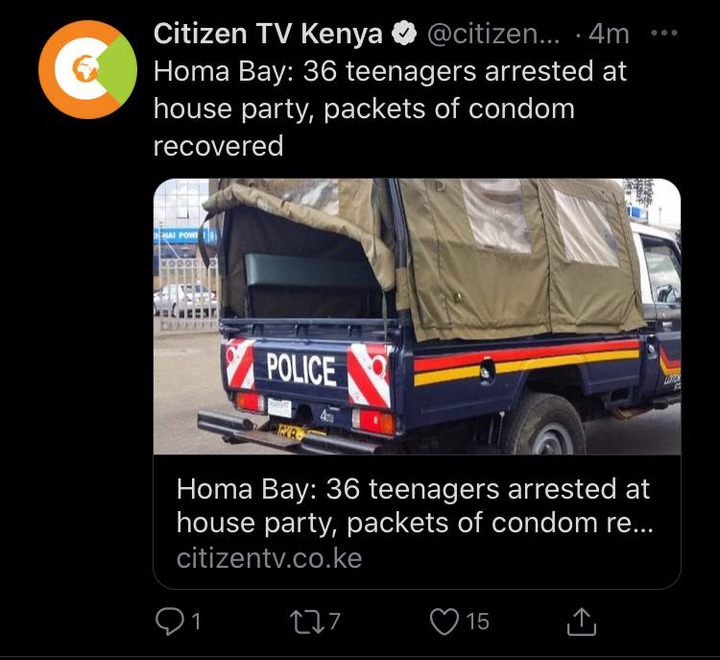