By Kimtheblogger (self media writer) | 25 days ago

A day do not break before News on a person having killed another in a love related affair being reported.

Some actions takes place consciously or unconsciously, wondering how they can be treated or who will be held responsible.

There was a dramatic scene that was ensued In Kisumu, between two slay queens who were fighting over a Boyfriend.

The saga ended tearfully, though it started like a joke, not knowing that one of the ladies was armed with a knife. 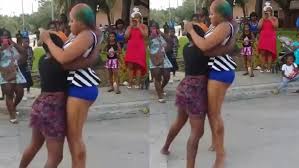 For this reason, the Police have launched a hunt for a 22 years old woman who killed a love rival in Manyatta in the County of Kisumu.

The the woman Police being hunting for allegedly killed her rival last night.

The suspect identified only as Michelle, alias Natasha, stabbed Merciline Awino, 21, in the left part of her chest at Kasawino Market in Manyatta.

Awino succumbed to injuries at the Jaramogi Oginga Odinga Teaching and Referral Hospital at 2am on Thursday.

Eyewitnesses say Awino was walking with the man at the centre of the fatal fight when Michelle confronted her.

Laura Awino, a friend of the late Merceline, alleged she saw the suspect arguing with the couple shortly before Michelle whipped out a knife and stabbed Merceline in the chest at 8pm.

“I heard her (Michelle) asking Merceline why she snatched her boyfriend,” said Laura.

Confirming the incident, Kisumu East Sub-County Police Commander James Musyimi said a search for the suspect is ongoing, and that the 21-year-old man who was being fought over is assisting with investigations. 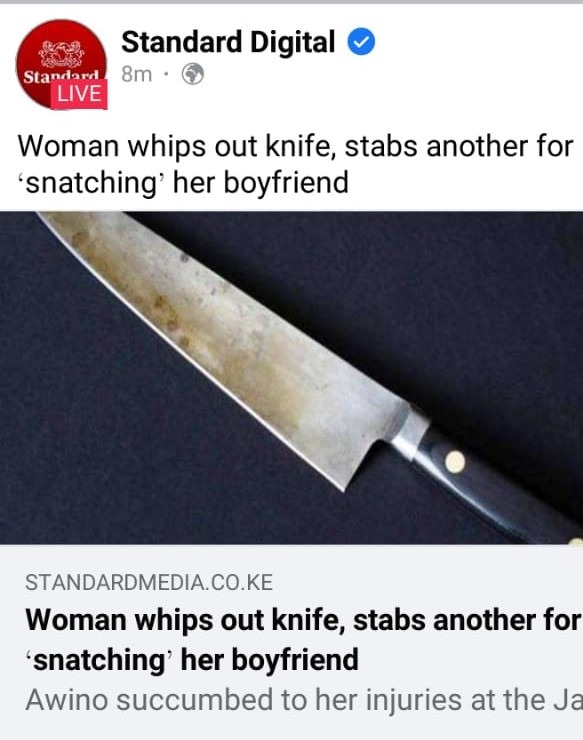