A Senior police officer from Muthaiga has been arrested after being accused of raping a woman. According to the reports given by a reliable source of information, it has been revealed that the suspect was arrested after the woman exposed or rather filed a complaint at the police station. 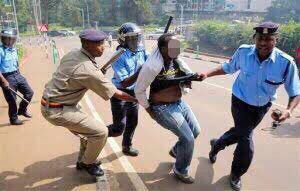 Revealing what happened, the woman whose name is yet to be disclosed revealed that police officer saw her walking along the road and offered her a lift due to the fact that she was heading to work which was a few kilometers away and for this reason, she decided to get into his car.

This was followed by a dramatic scene after the police officer allegedly took her to a deserted place where she forced himself on her after which he later dropped her off at her place of work before fleeing from the crime scene leaving her.

"He offered to take me to work and for this reason, I decided to get into the vehicle due to the fact that he was a police officer and I thought that I was safe with him. However, when we got to a deserted place, he turned on me and forced himself on me several times after which he dropped me off at the initial place where he was supposed to. I didn't report the matter to the police station for more investigation due to the fact that I was afraid of my life, he is a senior police officer ", she said.

While reacting to this incident, kenyans who took to their different social media accounts to express their opinions and suggestions on the matter have called upon the inspector General of police, Hillary Mutyambai to conduct an investigation in order to find out what and ensure justice is served to the victim. 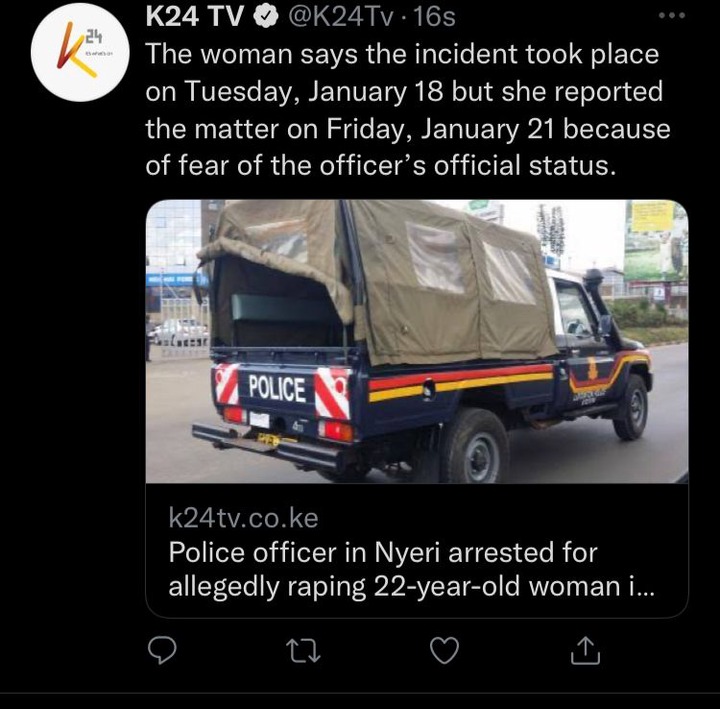