By @erickO (self meida writer) | 1 months

An emerging details and a sorrowful ones has left netizens with sad hearts as it is reported a man has been caught red handed stuck in the mud while trying to dump the body of the lover he allegedly brutally murdered. The 38 year old Evans Karan was tracked down on Friday morning by detectives and eventually arrested at his home is Githurai, kimbo area. He was deemed to be the prime suspect in the murder of his girlfriend. 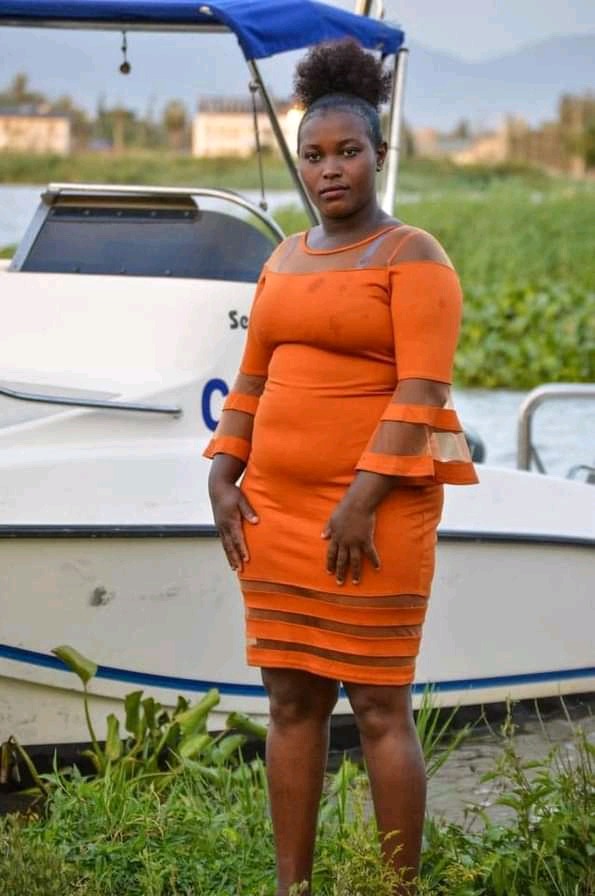 The directorates of criminal investigation kicked their thorough search which was a success. They found out that the prime suspect was on the run trying to clear evidence, unfortunately, his car got stuck in the mud on Bob Harris road in Juja while transporting the body to unknown location. Evans flew off leaving his car and killed girlfriend behind. 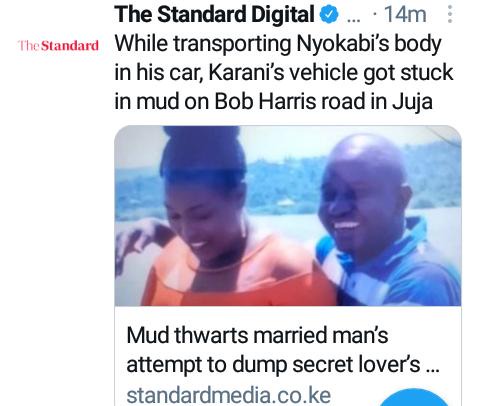 The suspect was detained by the authorities after confessing to have killed the girlfriend. The late Nyokabi is believed to have been working in a hotel in kahawa wendani. The cause of her brutal death is established as a cruel conflict between the two for at least last two weeks. From the deceased father's revelation, it was reported that his first born daughter among four children encountered her misfortune on a road accident.

Njogu, the deceased father noted that they went to the morgue to see if it was their daughter who was killed on road accident as certain people claimed on Facebook. This was not the case,as they could see from the looks of things, could conclude it wasn't an accident. From the visible injuries could suggest a severe torture.

knew them to be lovers. Just like any other relationship, they had difference, which I would help them iron out. Two weeks ago, my daughter said she and Karani had broken up. I told her it's okay; she shouldn't cling onto a relationship in which she is unhappy. That was the last time I heard of the suspect." He said.

The father couldn't control his tears seeing his daughter suffered death under his nose.

The suspect tried to recollect himself terming the late lover as a hard working, cheerful and loving too, her future was indeed promising. 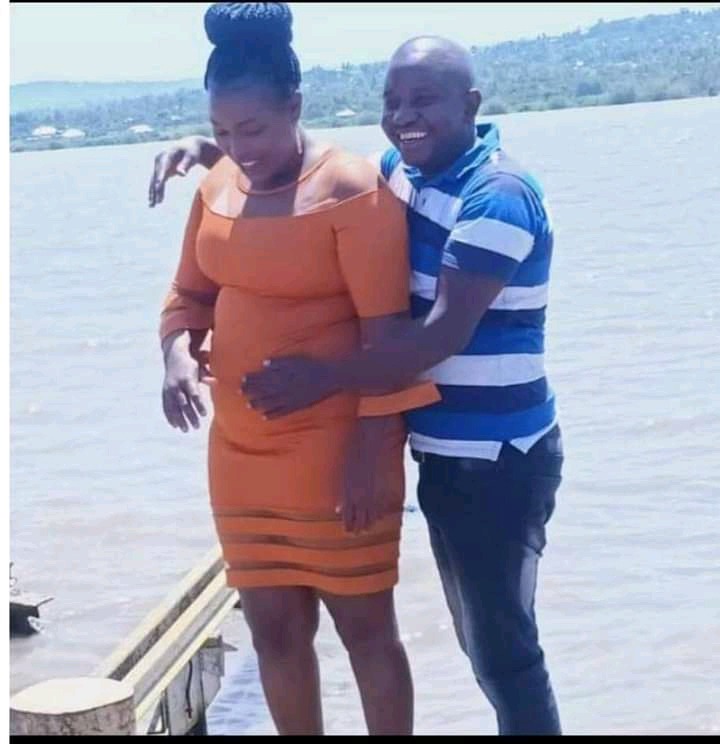 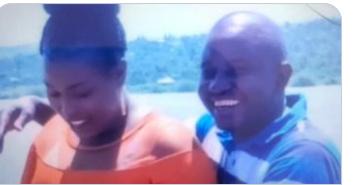 Sometimes it's difficult but true, if things aren't working out between two love birds, it is better to walk away. Nyakabi never knew this could happen. May her soul rest in peace. Kindly share her lovely photos.

Netizens Expose How Conning Takes Place In Nairobi City During The Day Check Some Of Them.