Story Of Police Boss Kingori Mwangi : From Loosing His Guns To Robbers To Knocking Down Pedestrians 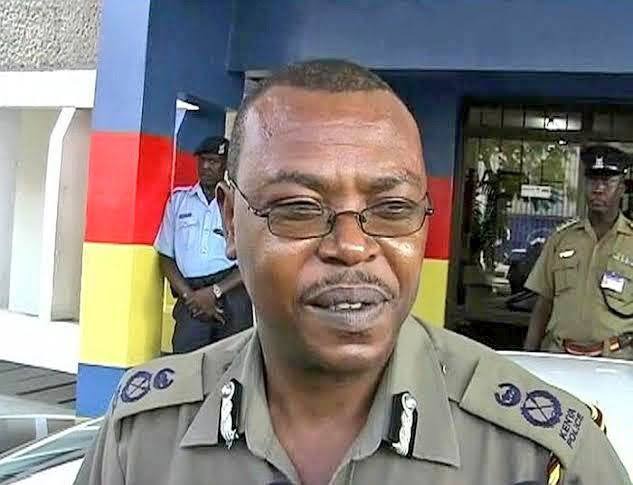 The story of top Police Kingori Mwangi is one that has taken twists and turns in order to shape him to the man he has become. Kingori joined the police service in 2001 and unlike his peers who were mere Form Four leavers, Kingori was a first class degree holder.

He rose through the police ranks quickly thanks to his excellent service manship. At one point he became Deputy Inspector General of Police where he was tasked with the removal of Raila Odinga's security but reportedly turned down the orders Terming them unconstitutional in 2013. 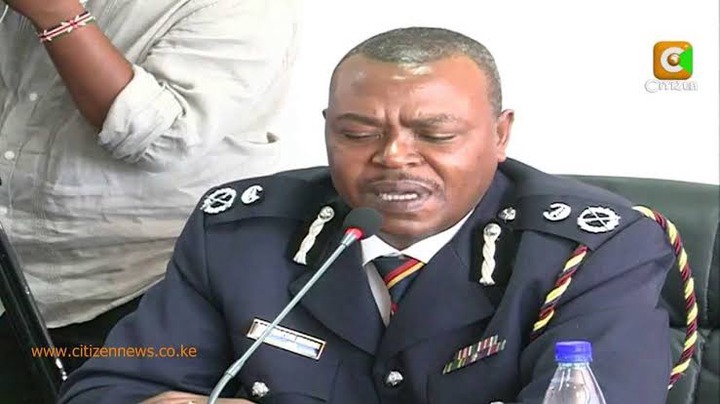 He was also accused of owning a flat in Zimmerman, something he has since denied. In 2019 when his wife passed away, Kingori is remembered to have strictly asked politicians to only speak for one minute each.

A few months ago, Armed robbers broke into his Nyeri home, held the house keeper hostage for 8 hours, ate his food and stole his guns. They were later arrested and the guns recovered. Few weeks after the incident, Kingori was again the center of controversy after he reported knocked down two people while he was driving on the wrong side of the road.

He was rushing a pregnant woman to the hospital when the incident happened along Langata road. He was roughed up by BodaBoda Riders before traffic officers intervened to save him. 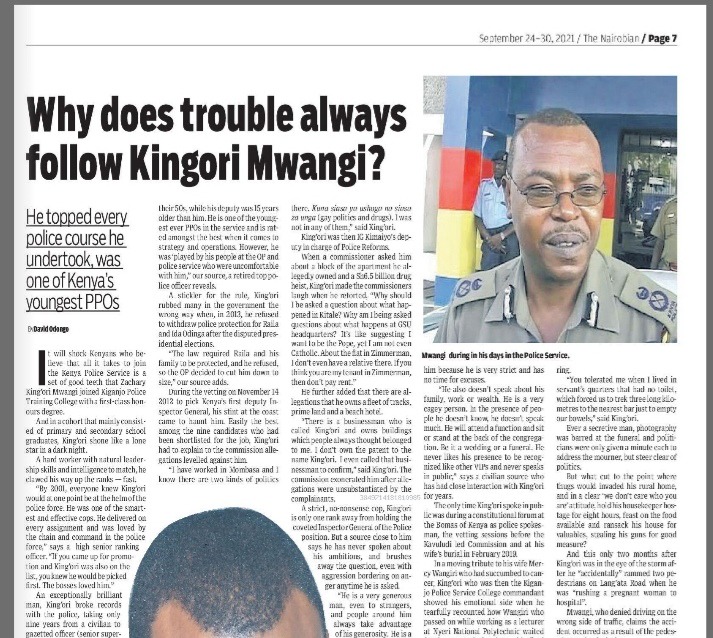