By BlackGist (self media writer) | 3 months ago 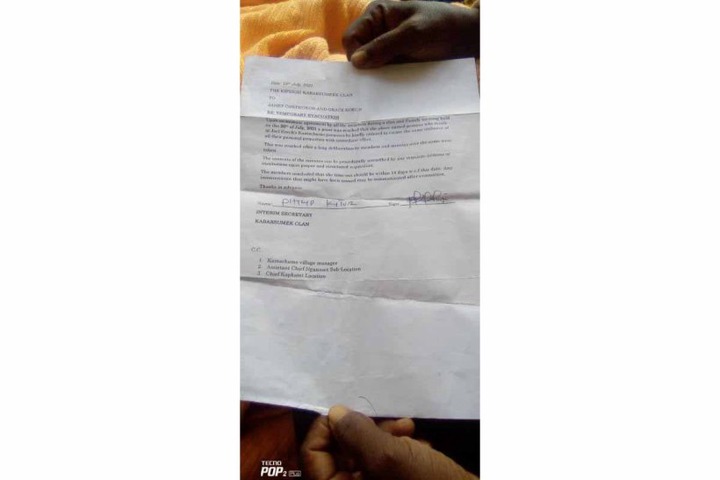 Letter sent to Chepkoech by clan to vacate. Photo: Courtesy

Janet Chepkoech has known no peace since her husband of two years fell sick. Her clan members are now planning to evict her after they accused her of causing mental illness to the man.

Members of the Karbasumeek through their interim secretary Philip Kitur said that they gave Chepkoech 14 days to vacate the premises of Joel Koech and leave without any property of the sick man. Chepkoech is yet to leave the village as directed by the clan.

Chepkoech is accusing her stepson and a man of the cloth of orchestrating her mysteries saying the feud between her and the clan arose due to the 4-acre land Joel Koech possessed. 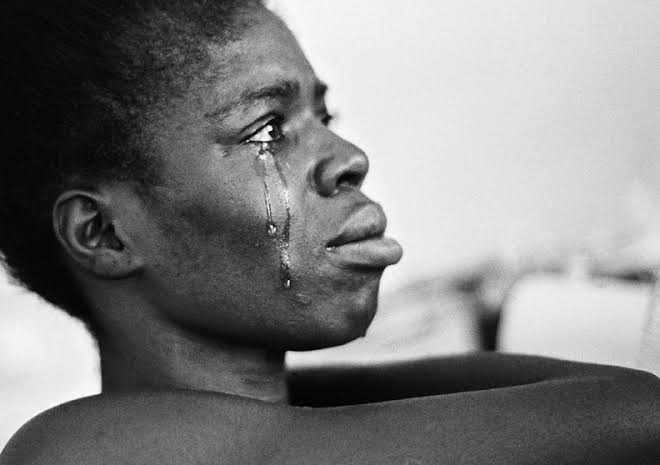 Her mystery, according to her, started after her husband fell sick and was admitted at Kapkatet Sub-county Hospital. When he was discharged the clan never allowed her to reunite with the husband but took him to another village.

“From then, my husband’s clan members began mistrusting me. They did not allow him to come back to me after he was discharged from the hospital. They instead took him to Itoik village, where he used to live with his deceased wife and children,” she said as quoted by the Standard Media. 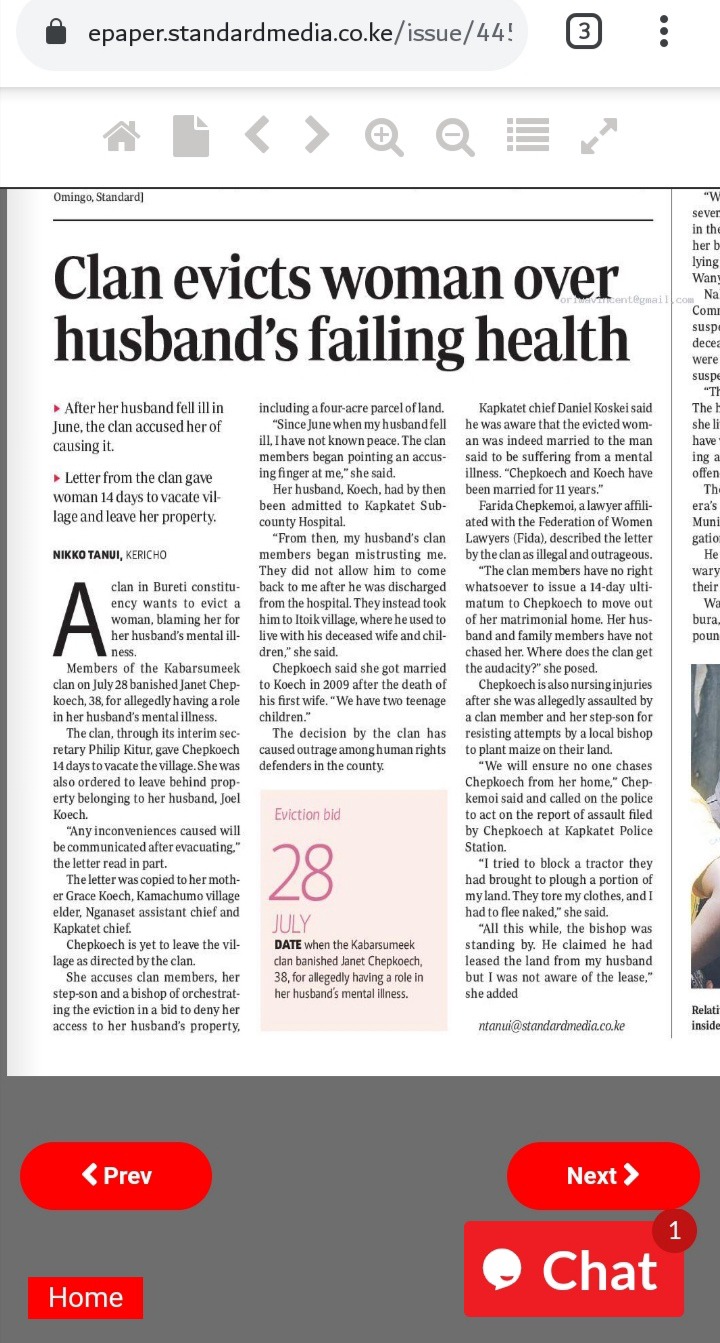 Her eviction has caused a massive uproar among human rights defenders who have vowed to stand by her till she gets justice. Farida Chepkemoi, a lawyer affiliated with the Federation of Women Lawyers (Fida), said the clan move was illegal and they will soon move to court to defend Chepkoech. 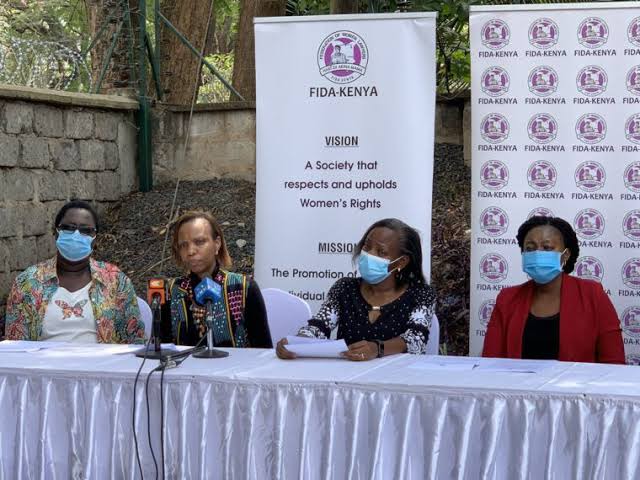