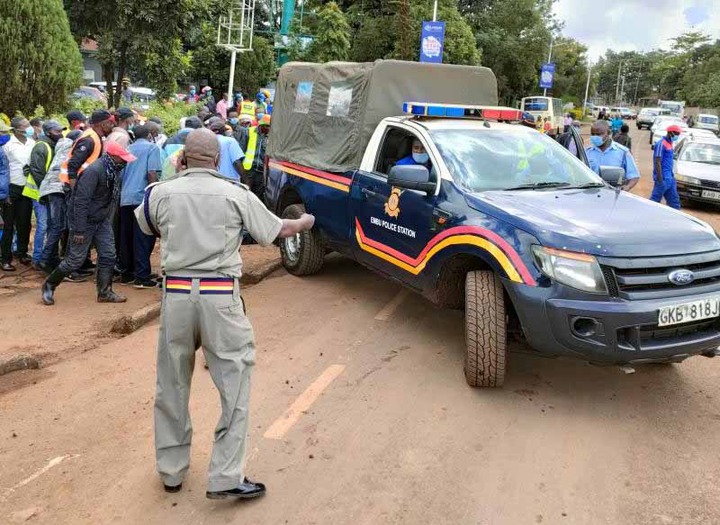 A suspected water metre thief. A middle-aged man has escaped death after being clobbered after being found in possession of allegedly stolen water meters in Mwanzo estate, Eldoret.

According to a news report on Radio Citizen, it is alleged that the man is part of a gang that has been terrorising residents of Mwanzo. The man was followed by an angry mob after he was caught red-handed illegally installing the water meters before beating him up. The man was saved by the police who arrived in the nick of time.

An elder in the estate, Walter Ayot, has expressed concern over the increasing cases of insecurity in Mwanzo asking the police to step up in their work especially as we head into the festive season. Speaking on Radio Citizen, Walter said in Swahili: