By Coloniser (self meida writer) | 1 months 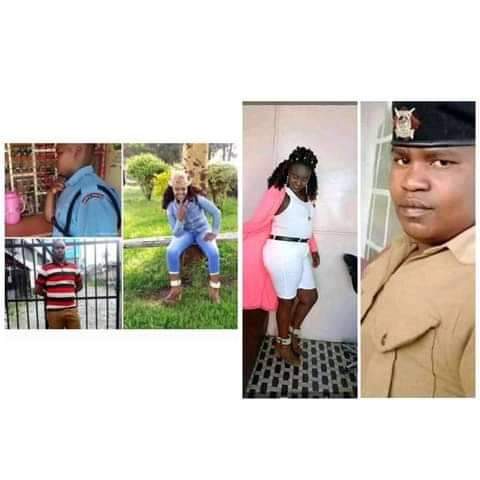 Kenyans woke up to great shock on monday morning hours after a policeman shot dead his lover and turned the gun himself. The married man had earlier assaulted the girlfriend as she closed her wines and spirit outlet where she was helped by neighbours who rushed her to hospital.He later could follow the lover to hospital opening fire at her two medics and a guard watched prompting them to scamper to safety.

It was alleged that the shot woman was ruining their marriage and the policeman told the wife he'll end the affair 'his way'.The man then called his wife upon killing their 'marriage wrecker' telling him that he had killed the girl.His wife tried to plead to him to surrender the gun only for him to shoot himself dead.

New details have come out indicating a possible reason why he could have killed her.The details indicate that the police officer had paid the slain woman's fees up from college and even opened a wines and spirit for her.

The girlfriend then realized that the officer was married thus making her change mind on him and telling him that he was seeing another man that she could get married to.

Content created and supplied by: Coloniser (via Opera News )

3 Signs She is Lying to you