A man has lost his life after being run over by an overspeeding vehicle which reportedly happened today in the evening in Weiteithie. 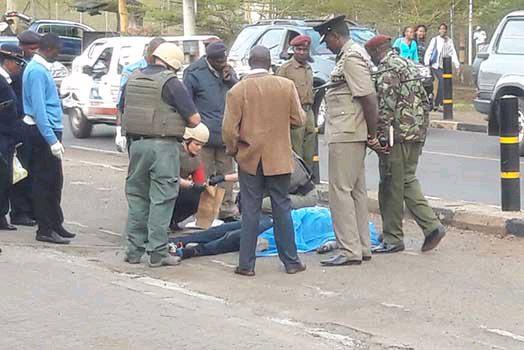 According to the reports given by Thika news who took to their different social media accounts to express their fear and concerns, they revealed that the deceased was trying to cross the road before the vehicle appeared from know where hitting him after which its driver sped of fleeing from the crime scene.

This was followed by a dramatic scene after a couple of good Samaritans rushed to the scene of the accident in attempts to try and save the victim who sadly died on the spot due to the impact of the deceased and the vehicle.

With others blaming poor roads for being the main reason for the increased number of accidents and accident related deaths in the country , others went ahead and called upon the DCIs to track and arrest the suspect.

However, a section of Kenyans have called upon all Kenyans to make sure they follow all the traffic rules and regulations in order to reduce the number of accidents in Kenya because according to them, this was the main reason for the increased number of accidents.