By Waiver (self media writer) | 5 days ago

Police in Naivasha are investigating an incident where a mother is reported to have locked up her child in the house before going out on a drinking spree. On her return, she found her house on fire. The child had been burnt to death in the sad incident.

The two-year-old child was in the house when the fire started. He was unable to escape since his mother had locked the house from outside. The incident happened at their home in Maraigushu trading center.

Neighbours say they heard distress cries but it was too late to save him. He lost his life and in the same day fire had left 50 families without homes in two different incidents in Naivasha, Nakuru County.

Irate residents went after the boy's mother after she was found drunk in a nearby bar, blaming her for carelessness. It's reported that she had left a candle on before leaving the house.

"The mother professed to have left a candle on and we presume that was the major cause of the fire which killed the kid," said Jane Wanjiru, a neighbor. 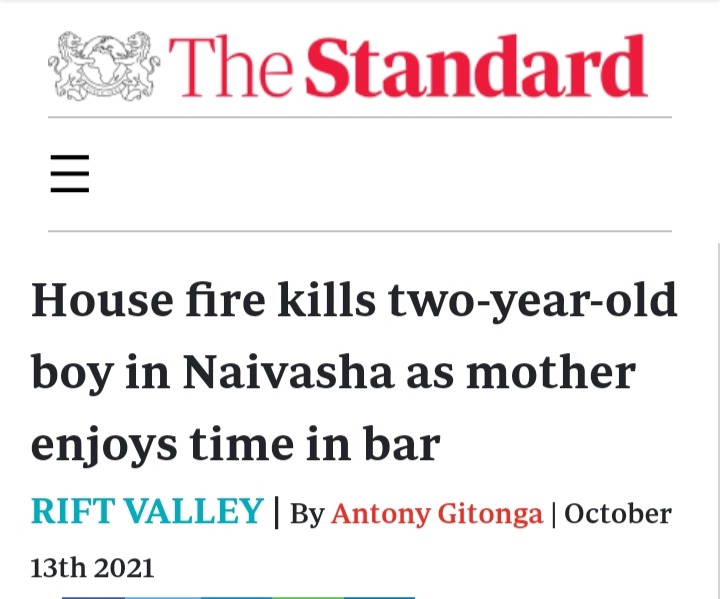