Eight people have been arrested in connection with Saturday's violence at Deputy President William Ruto's campaign gathering in Busia. The accused will be hauled to court on Monday, according to Inspector-General of Police Hilary Mutyambai. 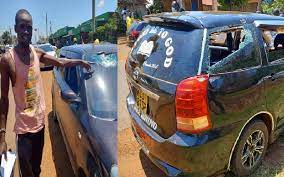 "We are taking this problem extremely seriously," he added, adding that "eight people have already been apprehended and will be charged tomorrow" (Monday). On the second day of his tour in the Western area, Ruto was confronted with opposition in Busia County, where youths set bonfires, blocked the road, and showered his convoy with stones.

UDA officials were caught in the crossfire, including Pamela Ongoma, the Siaya County UDA Party coordinator, whose vehicle was destroyed. Anti-riot police repelled the youth's effort to disrupt Ruto's rally in Busia town. Interior Cabinet Secretary Fred Matiangi has already asked the Busia County Commissioner to identify the violence's organizers and perpetrators as soon as possible. 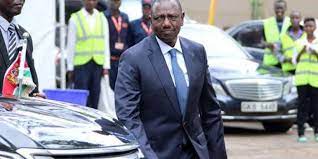 "We have seen what such pranks have done to our country in the past, such as in 2007." This is how it began, and you know how it ended. This time, we will not wait and procrastinate; instead, we will move quickly and decisively," Ol-Kalou stated.

If such incidents persist in the months leading up to the August 2022 elections, Matiangi warned that the country could devolve into chaos. When dealing with public gatherings, Matiangi asked security agents to act properly and neutrally, as required by law.

"Our differences of opinion, policy, and political affiliation are not sufficient reasons for the country to be unstable." Let us no longer encourage our people to live a lawless lifestyle,” Matiangi stated. As the country prepares for the 2022 presidential election, political leaders are traveling around the country to consolidate support. However, in recent weeks, there have been instances of political intolerance. 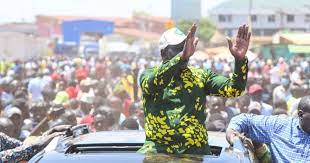 Kisumu Central MP Fred Ouda was recently arrested at a hotel in Kisumu on charges of assault and political violence. When the MP stormed the hotel and allegedly assaulted those he thought to be loyal to his opponent, Dr Joshua Oron, three persons were injured.

Stones were thrown at ODM presidential candidate Jimi Wanjigi during a tour of Nyanza, the political heartland of former Prime Minister Raila Odinga, in September.On Saturday, many vehicles were smashed when a group of young people opposed Deputy President William Ruto's visit to Busia Town.

The youngsters attempted to block the DP's convoy at Korinda on the Busia-Kakamega route, chanting pro-ODM chants.

Motorists on the route were caught up in the scuffle, with numerous vehicles being attacked with stones. The road was littered with broken window glass fragments.

After the ruckus, DP William Ruto rerouted to Nambale Town, where he spoke briefly to a roadside crowd.