By @Kennedy_Ayekha (self media writer) | 6 months ago

Almost one month after the self-confessed serial children killer Masten Wanjala was killed, his burial continues to be a matter of dialogue along with his family adamant to get him to rest. 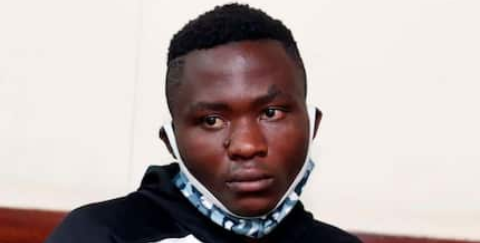 Wanjala, who confessed to killing over 10 children, was lynched within the evening of Thursday, October 14, two days after escaping from Jogoo Road station house. However, Wanjala's father Robert Watila Wanjala now says he's unsure if his son is dead as he's yet to positively identify his body at the mortuary.

Also, the senior Wanjala insisted that he will commence burial plans if the police will update him how his son managed to flee from custody despite being heavily guarded. He also asked the govt. to foot all his son's burial expenses, including funding the normal rituals that require to be conducted before he's laid to rest.

The senior Wanjala claimed someone near his son could are behind his urge to kill children. He claimed, Masten confessed to him that he was introduced to cultism by his mother but asked him for forgiveness.

As previously reported, elders from the family of Wanjala want his body buried by the riverbank to stop curses. Isaac Misiko, an elder from Wanjala's family said the body of the suspected killer should be buried, outside the homestead, in accordance with the Bukusu customs.

First, Misiko said rituals should be performed before and after his internment to drive out evil spirits that will haunt the family in future.

The elder added that the body should be buried by the riverbank and dead within the night. He said Bukurus believe burying someone near the river would see the dead person's bad deads and memories about him washed away down the stream.

"Side chicks With Cars Used To Pick Him At Our Home At Night As I Watch;Famous Musicians Tells