By SamwelOnyati (self media writer) | 8 months ago

Residents of Nakuru have woken up to shocking news after two men were involved in a fist fight early today,detectives investigating how a middle aged gentle lifeless body was lying at Micah Nyaberi's house,according to sleuths the man identified as Boniface Njagi was found at Nyaberi's house with legs on the table breezing comfortably,angered with his sitting posture at Nyaberi's house he confronted with the man who pays rent in Kagoto area,however Njagi did not explain himself what agenda he was discussing with Micah's wife. 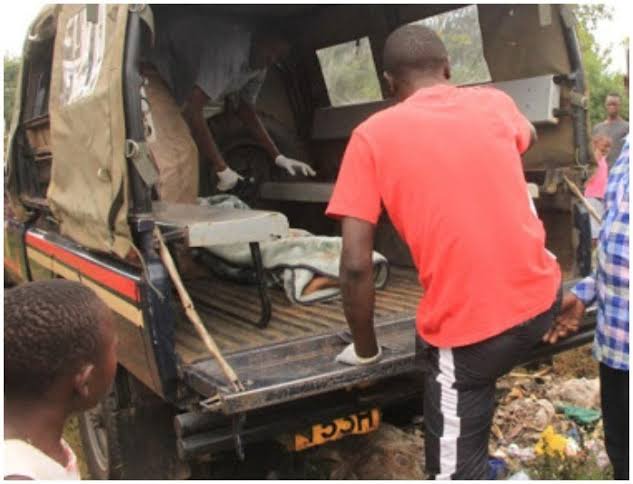 Nyaberi lost temper and he started throwing kicks and blows to the intruder who did not respond to but tried to escape from the blows he later apologised to Nyaberi,but agitated with his actions Nyaberi allegedly took a knife and stabbed Njagi severally on his back,but before he was stabbed the intruder begged his attacker to let him leave in peace,unbothered he decided he will teach him a lesson. 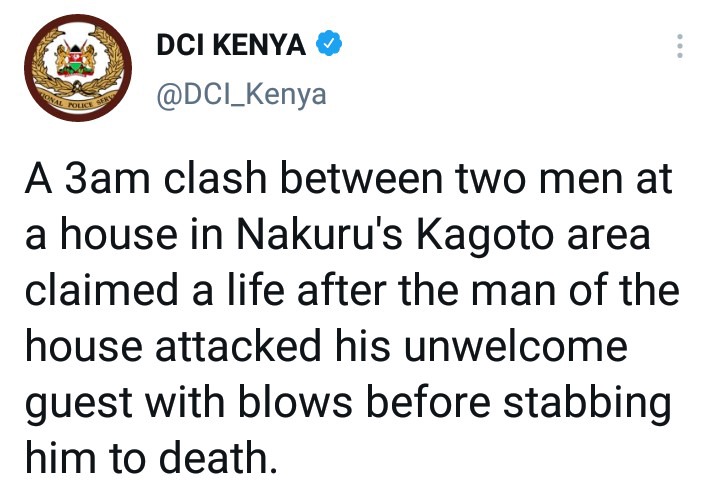 By the time neighbours were coming to rescue him Mr Njagi had succumbed to his injuries,detectives arrived today morning arrested the occupants of the house as they continue to investigate.

Mother Takes A Cock To School As Fees For His Son

"We Can't Vote For You Because You Are Angry, We Are Angry To Hunger Too." Karua's Message To Ruto