By Hotnewsnow (self media writer) | 6 months ago 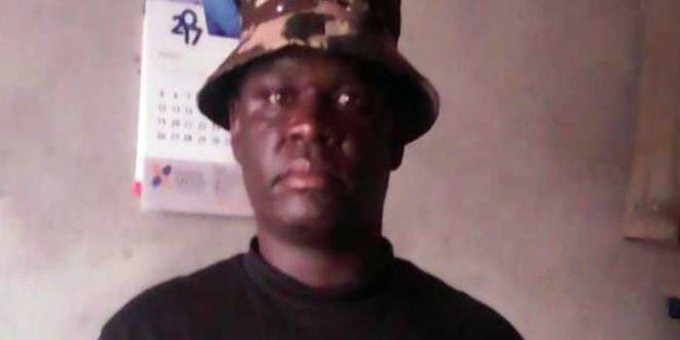 An insider has broken the silence days after the Kabete 6 Shooting incident was witnessed. In his fresh details, the insider has revealed suspicious characteristics of the killer cop. The police who has continued to make headlines, was reported to have caused the death of six people including his girlfriend, and later his directed the gun to himself. 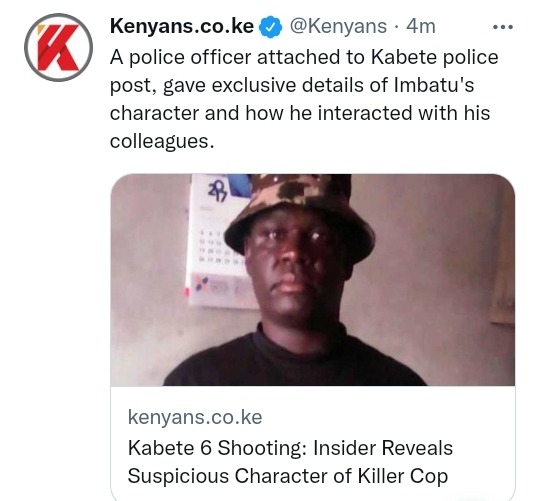 According to the insider who was giving more details, noted that Imbatu, who was an avid chain smoker, maintained an introverted character as he always kept to himself. The police constable did not have any indiscipline case on his file as he maintained a clean record.

It is reported that the silent nature, according to the source, appeared to disguise a peculiar yet dangerous character about Imbatu. This intuition made him minimize talks outside office hours with Imbatu.

"He would invite me for a drink but I would take only one drink and lie to him that I had to attend another engagement elsewhere," the insider told the source.

He added that over the past few days, Imbatu did not show any erratic behaviour as he kept to himself and did his work as usual. However, an incident that occurred the past week could have signaled that not everything was rosy in Imbatu's personal life.

From the look of things, and following that the cop was an avid chain smoker, this could be the reason behind his killings that resulted to even killing himsel after claiming the lives of six people.

Content created and supplied by: Hotnewsnow (via Opera News )