By Felixotoro (self media writer) | 1 year ago 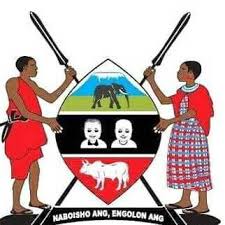 Kajiado County is under the leadership of Governor Ole Lenku who won the last general elections in 2017 on a Jubilee ticket.The county is well known for Pastoralist activity an it's residents majority are from the Maasai Community.

The county has been on the recent days hit by natural disasters such as prolonged lack of rainfall that has resulted to drought.This has in turn affected the economic activities of the County resulting to underdevelopment. The Kajiado County residents have found it hard even to practice crop cultivation as there is no rainfall to boost the agricultural sector.On the under hand many pastoralists have lamented on many occasions of their livestock such as cattle dying because of hunger due to lack of enough rainfall. On the other hand, prolonged drought has resulted to serious effects among the county residents, thir is a looming crisis in Maili Tisa where residents are starving because of lack of food to sustain them.Among the affected groups include the orphans, the elderly, widows and you children.

In conclusion,there has been cases of Malnutrition cases among the children because of lacking food to sustain them. It's however good news to the residents of Maili Tisa village where by a non governmental organization through the support of religious groups have come up with a project of supplying relief food to the affected families to ensure they get something to sustain them.