Is This Why Murder Cases Among The Police Are On The Rise In The Country?

By WawireCornel (self meida writer) | 26 days 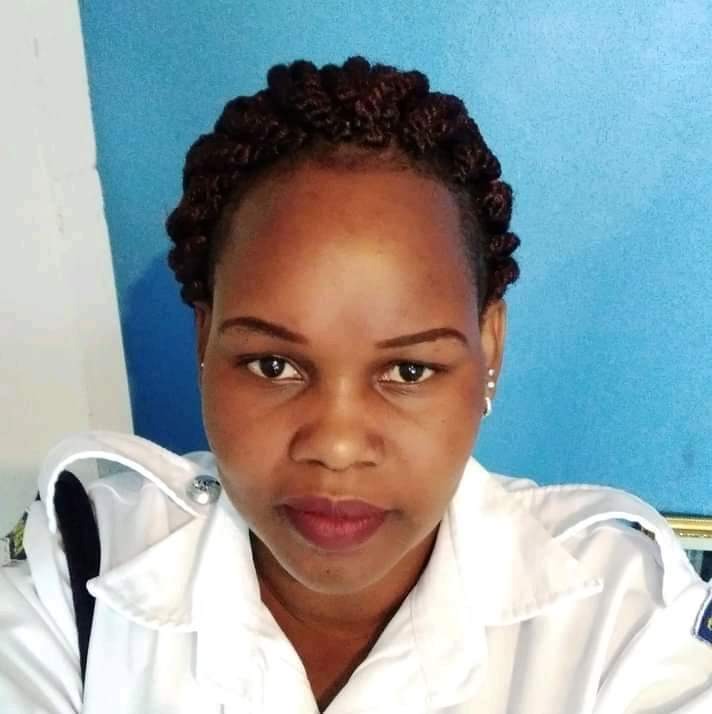 On Monday, the police issued a notice for the arrest of Corporal Caroline Kangogo, a prime suspect in the murder of Constable John Ogweno.

According to the police report, Corporal Caroline, who is on the run, is armed and dangerous.

The prime suspect is rumored to have been in a relationship with Constable Ogweno who was found murdered in his car.

With the police killings among themselves on a rapid rise, many have opined ways to end these killings.

In the past, Interior CS Fred Matiang'i banned relationships between police officers to end killings among themselves.

However, blogger Robert Alai has now opined that police officers are killing themselves because of the poor conditions they live in to start serious relationships.

But the question is, is poor living conditions the reason why police officers in relationships are killing each other?

Alai who pointed a blaming finger at our leaders noted that they have failed at ensuring police officers live in good conditions thus high cases of murder among them.

"It’s just fair that we change these through legislation. We must also focus on bringing psychosocial support to the officers," added Alai. 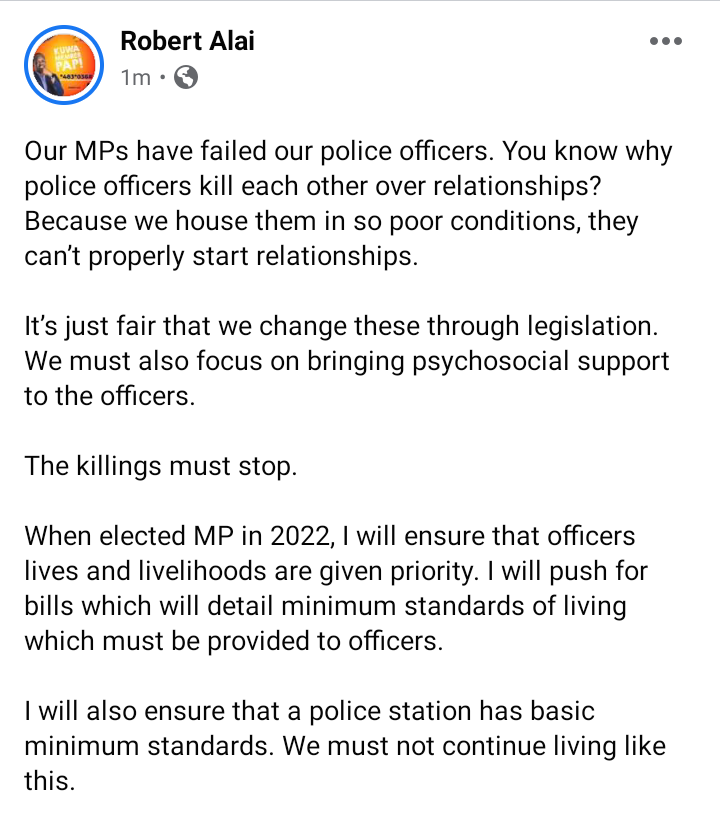 Alai who has hinted on vying for a political seat come the 2022 general elections, has revealed that ensuring the police have better living conditions will be one of his agendas.