A senior police commander and his military counterpart who were on routine inspection of ther implementation of the government imposed health night curfew were accosted by a fake police officer. The incident which happened near Busega Police Command area led to the arrest of the impostor who was identified later as Allan Mukisa.

According to Tuko.co.ke digital news media platform, the suspect is said to have donned police fatigue uniforms and started harassing innocent civilians on trumped up charges over various offences which include breaking curfew hours. He is reported to have met his match when he flagged down the senior police commander who was in the company of a military officer and immediately demanded to know why they were loitering at night despite the curfew. 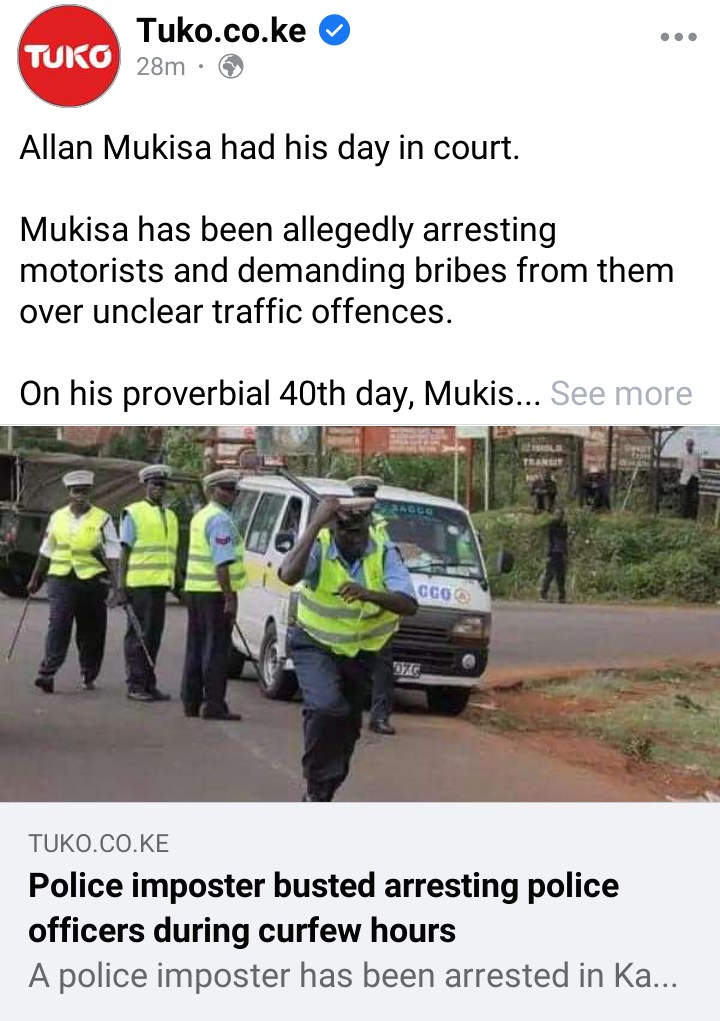 Things took a different turn when the 2 officers removed their concealed pistols and ordered the suspect to lie down before handcuffing him and proceeded to the Busega Police Post where he was detained. The police leadership reported that several other suspects have been arrested after pretending to be police officers urging the public to be alert not to fall victim. 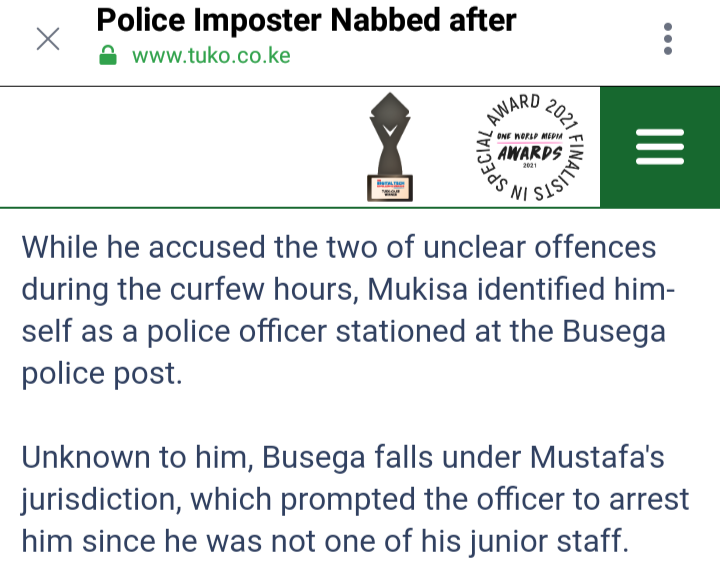 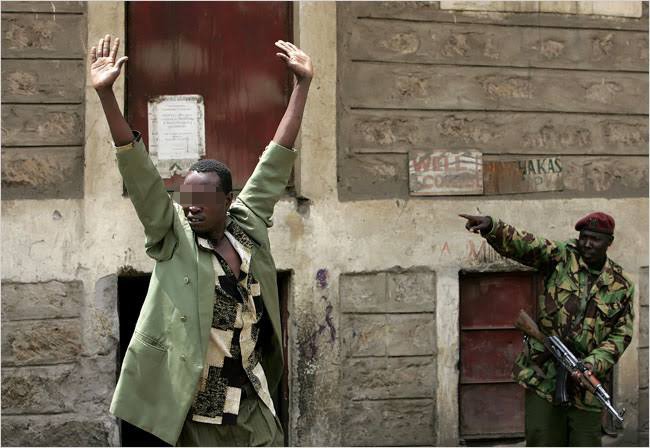 Facebook Hints At a Major Looming Change Next Week

It Is Actually Beneficial to Your Mental Health to Whine at Work.