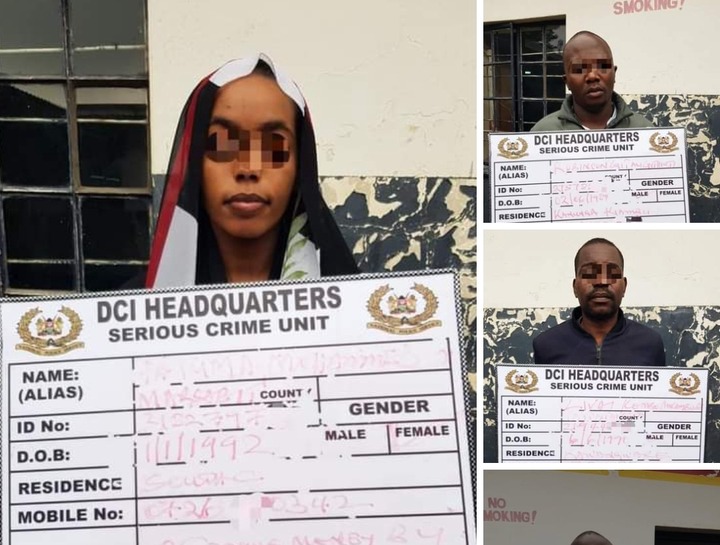 Five suspected Fraudsters have been apprehended by the DCI Detectives in Nairobi Karen Area, after conning a Korean National a total of sh. 2.9 Million while posing as Gold dealers, and used their tricks to lure Him into their usual stealing games.

The Complainer identified as Song Sung had earlier been duped with a Collection of Bars tag appeared to be Gold, just for Him to release the money, and later things went south, promoting Him to raise alarm and call the serous Crime Detectives who moved with speed to Nab the suspects.

The Victim was directed to the Company called Ekweme Enterprises where the accomplices operated From, by people who acted on behalf of them and run their transactions, in the shady deals and conspiring activity that had no good. They however disappeared and dissociated their selves from the activity. 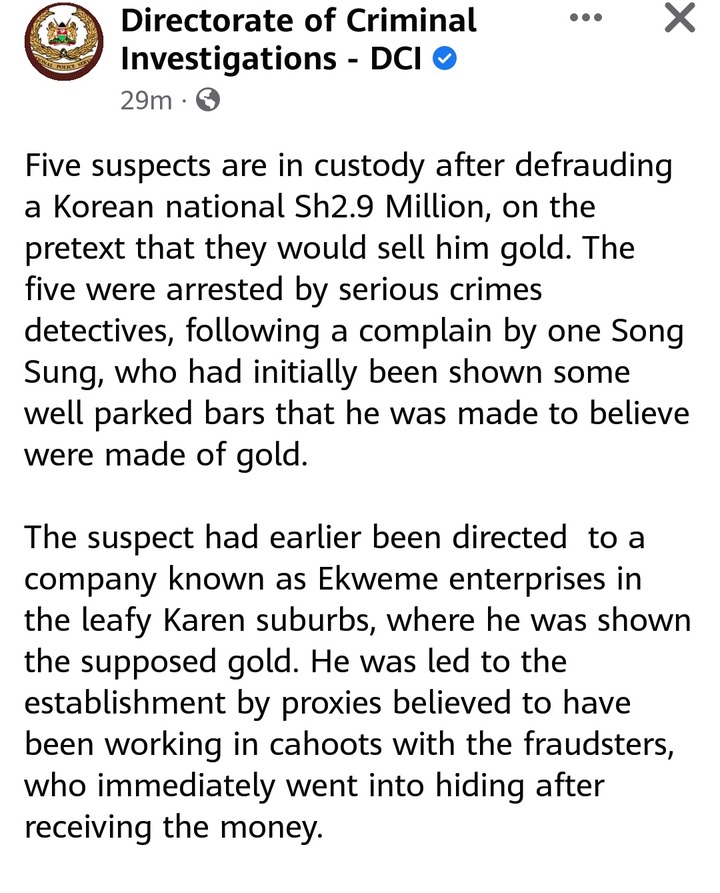 The Suspects, Robinson Gitau 35, Livai Kombo 39, Fatuma Mohammed 28, Eva Kimotho 36 and Utia Kugi who is a Cameroon National were caught during the raid that was conducted by the Hawk eyed Detectives who worked on a complete tip of from members of the public.

Some Boxes that was being used to store the fake Gold was recovered inside some carefully made steel Boxes in the Crime Scene and taken away to be used as evidence against the Wrongdoers, who are currently cooling heels in the Police Custody as they wait to be araigned in Court. 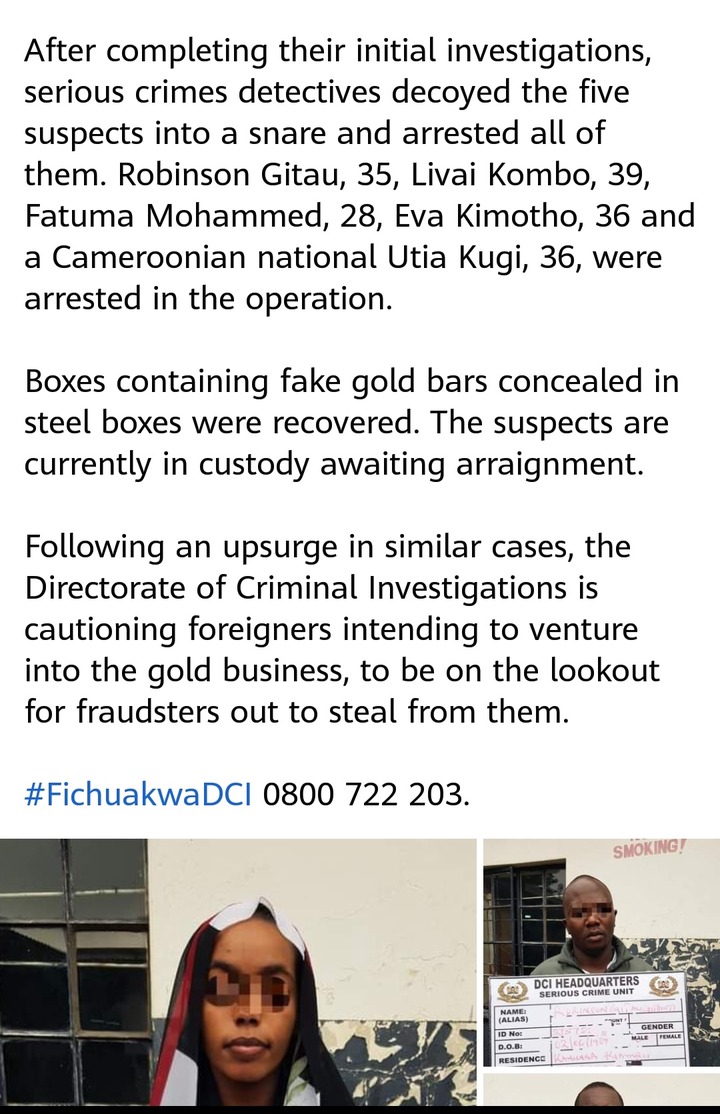 The Investigative Body has however warned any foreigner who intends to get involved into the business to did it in extra caution because Frauds have found a way of making the people without Kenyan Citizenship to fall into their ill games.

This comes after a serious case a while ago, where two Kenyans were arrested for conning an Indian National Millions after packing rocks inside a Steel Box and Airlifted it to the foreign nation, only for the Victim to be astonished when He opened the luggage at the Airport.