Four grannies were on Sunday afternoon burnt beyond recognition in Bomokona village, Marani over suspicion of being witches.

They were accused of bewitching a Form Two student.

According to the police, the form two leaner was reportedly said to have developed problems in speaking and villagers sought the help of a witchdoctor to identify the witches. 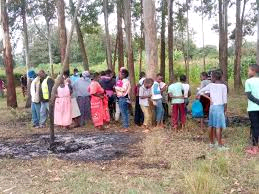 The boy is reported to have gained his initial status and pointed a finger on the four grannies. This made the enraged villagers to raid each of the homes, lynching them to death.

Police have nabbed four key suspects linked to with the lynching of the four victims.

“We can't live in an area that still believes in traditions and mob justice. The four must be dealt with accordingly,” Muriira said. 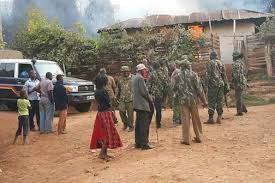 The death of the four grannies brings to 15 the total number of elderly women who has been killed by mob lynchings in Kisii and Nyamira counties. 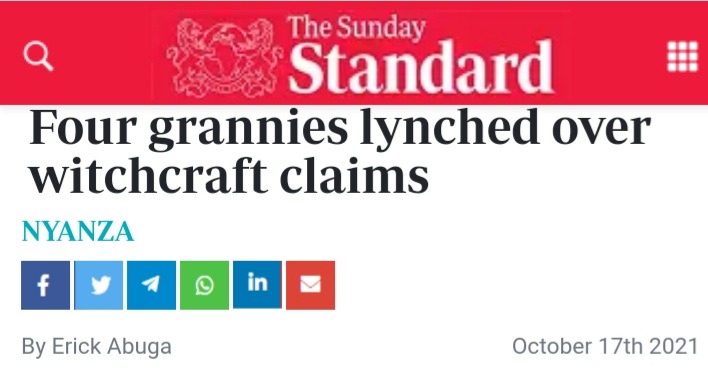