By Thetrend (self media writer) | 1 month ago

A 37 years old man is fighting for his life at Kisii referral hospital after his his wife squeezed hi balls and nearly chopped off his private parts during a fight. The man was admitted in Kisii teaching and referral hospital where he underwent surgery. 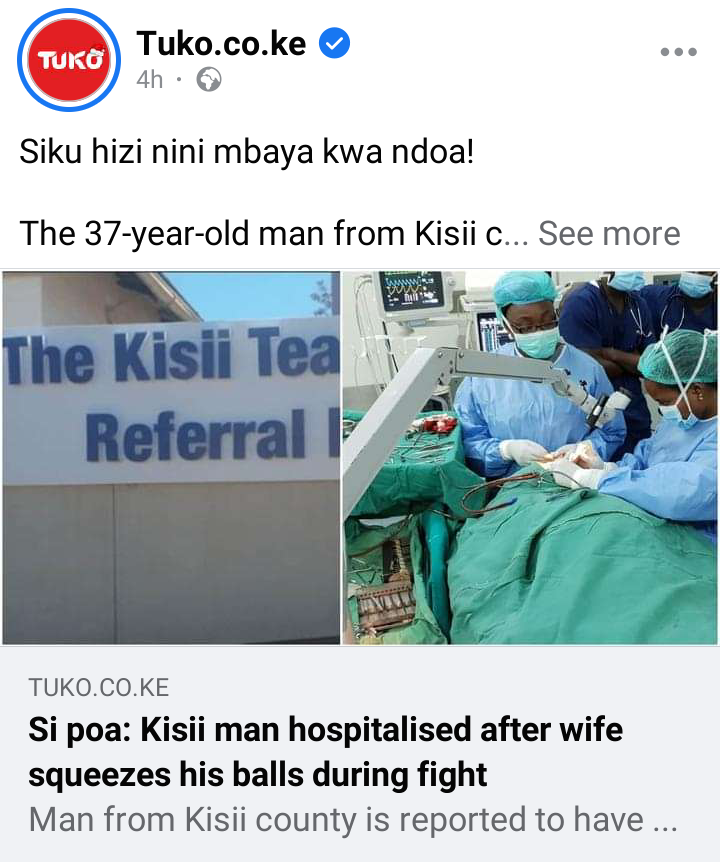 Confirming the incident Kitutu Chache police boss Anthony keter said that police has launched an investigation to get to the bottom of the matter where a man's private parts was nearly chopped off. The man's sister said that he sustained the injuries during a fight with his wife who is in the run.

According to nation Africa, doctors at Kisii teaching and referral hospital revealed that the man needed surgery to fix his severed genitals. The man was involved was involved in a quarrel with his wife before he was badly injured. After commiting the act, the wife disappeared and police looking for her to question her.