By Abedkiprosing (self media writer) | 9 months ago 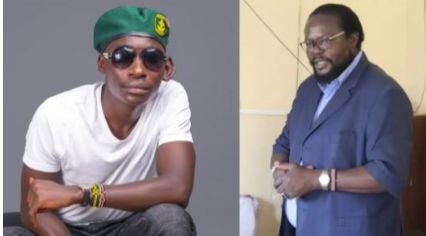 The murder of a communications assistant to Kanduyi MP Wafula Wamunyinyi, musician Peter Ochieng alias Storm has taken another twist after a crucial witness was killed on Saturday, August 7.

35-year-old Edward Maruti, who was the witness, was killed after two men ambushed him at his home and attacked him and his family.

The man, who hails from Kimilili town, Bungoma County, was chopped with a panga leading to his imminent death.

His wife, Bridget Wafula was hit in the eye and had her arm cut and bruised but was spared by the assailants.

Confirming the incident, Kimilili OCPD Mwita Marwa said the victim had handed names of the suspects involved in the killing of the MP's assistant.

Police believe those implicated in the murder of the MP's aide were the same criminals who targeted Maruti and his wife.

"The victim knew two of the suspects who killed Peter Ochieng alias Storm, and had given us the names of the two. Investigations are ongoing to nab the two who are well known by residents here (Bungoma County)," remarked the Police boss.

The victim is also said to have known Wamunyinyi's communications manager, who was mysteriously murdered by unknown assailants.

The father of the deceased said that the suspect in the murder of his son had been arrested twice and taken to the police station, once by a family member, and in a separate time by the victim's father himself.

The suspect was however released on the two occasions he was arrested, and police did not give a reason for the arbitrary release of the murder suspect who is now on the run. 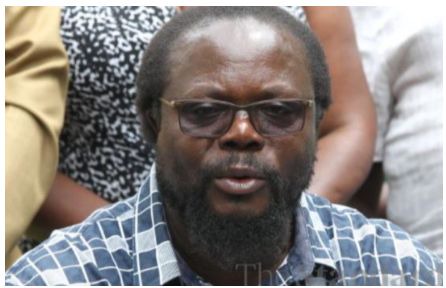 Peter Ochieng, a journalist and musician popularly known as Storm Dwarchild, was killed was hacked to death by unknown assailants on Friday at 11pm along Sun Rise Road in Kanduyi.

“Police must conduct proper investigations. We have leads. The boda boda operator who was to take him [Ochieng] home was paid via money transfer,” said Wamunyinyi.

The MP said the aide’s injuries were consistent with a struggle. “It is evident that he died brutally. The police must get to the bottom of the killing,'' said Wamunyinyi.

The MP maintained that the killing of his aide was not a robbery but a politically instigated action given the severity of the wounds his aide sustained.