Police officers from Mukuruweini are currently investigating an incident that happened today after the lifeless body of a girl is reported to have been found dumped in one of the rivers. 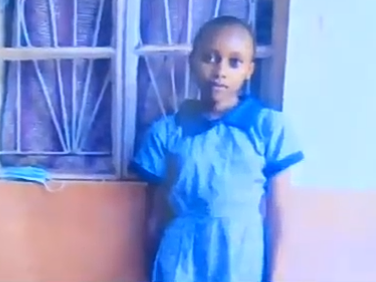 According to the reports given by a reliable source of information, it has been revealed that the deceased who has been identified as Margaret Gitonga is reported to have been found in tied in a sack before being dumped in a river in Nyeri.

While reacting to this incident, the mother of the deceased claimed that she reportedly went missing a month ago after she failed to get back home moments after she allegedly went out to play with her friends.

"I've lived with the fear of finding my daughter being found dead a month after she went missing. My fear turned into my reality. My daughter who had gone missing under unclear circumstances has been found in a river. What else can I say, i don't think I've ever experienced this kind of pain but all that is left is for me to bury her and hope that the police Will find her killers", her mother said.

Giving their statement to the police, witnesses who found the body of the deceased claimed that they decided to check what was in the sack after suspecting that it was something else. However, they were shocked to find out that it was the body of a girl who is reported to have gone missing several weeks ago.

For this reason, they immediately alerted police officers who rushed to the crime scene only to find the body of the deceased. While reacting to this incident, Nyeri police boss has revealed that they are currently searching for the suspects who might have had a hand in the untimely death of the deceased. 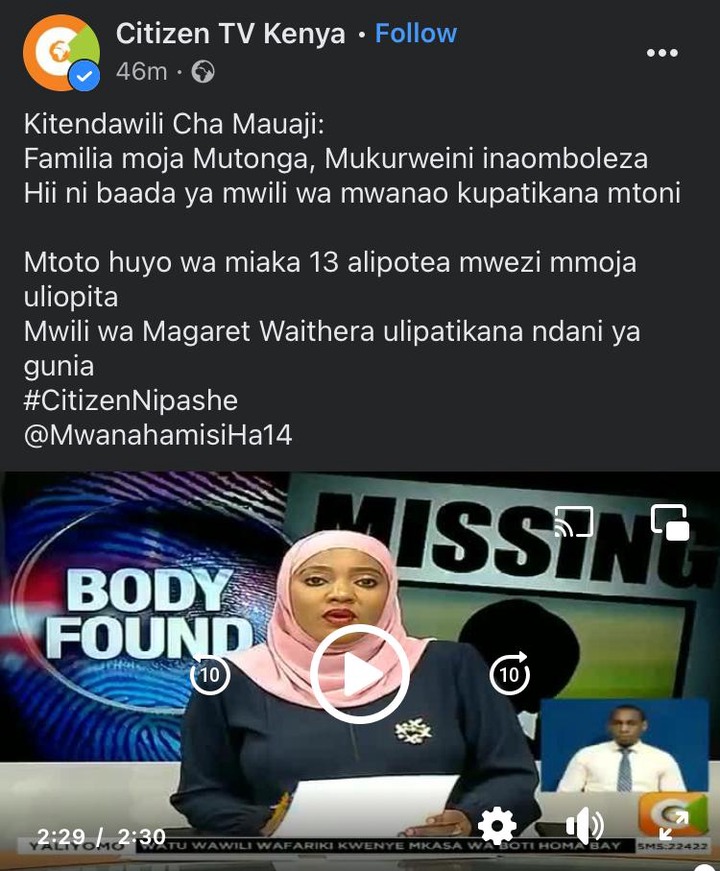