By BNewz (self media writer) | 2 months ago

In a statement by the DCI, the police received a tip-off of where the duo resided and raided Abuje village in Nyando, Kisumu County.

The DCI detectives were informed that the guns and ammunition stolen from the police station were buried on the suspect's compound.

Following the raid, the 27-year-old suspect was arrested but his father managed to escape.

"The detectives raided his father’s compound in Abuje village in Nyando Kisumu county and dug the compound in search of the firearms, after getting wind that the dangerous arms cache had been buried there.

"Following the early morning raid, the suspect’s father also believed to be part of the dangerous gang managed to escape the police dragnet narrowly and a manhunt for his arrest is currently underway," read part of the statement.

The detectives noted that the suspect's arrest would aid in uncovering other accomplices who aided in their operations.

During the raid, the gang escaped with firearms including one AK 47 assault rifle, three G3 rifles and 110 rounds of ammunition.

Following the raid, Suba North Member of Parliament, Millie Odhiambo called for police to expedite their investigations and bring the suspects to book. 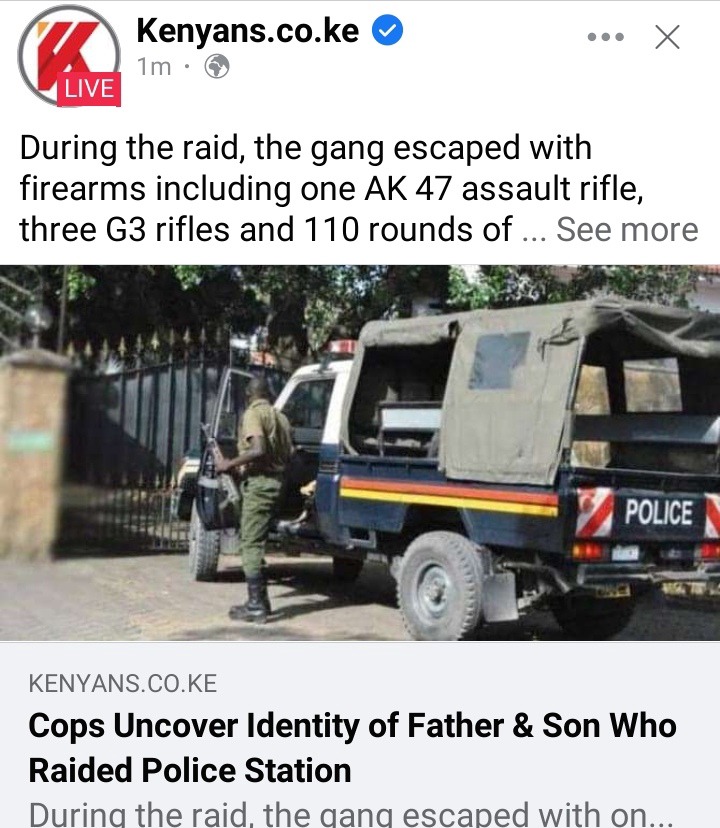