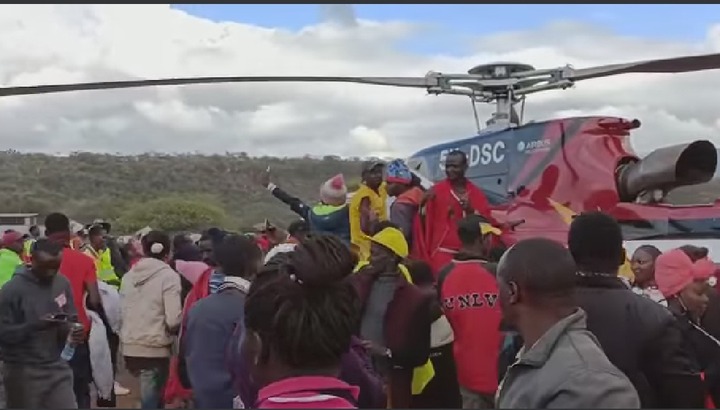 Kenyans have been divided with different options, both criticizing and uplifting the act after a video showing Tens of residents in Ngong area sorrounding Dp William Ruto's Helicopter and even some clinging to it's wings and propeller in a photo shoot session that was characterized with much noise and joy.

According to the rare Video that was taken with precision and from all angles, the Chopper had landed in a fairly flat ground in the Hill like environment, that had thousands who had availed themselves to listen to Him, as He delivered His speech.

Immediately the Machine touched the ground and Ruto moved out while heading to where tents were erected, a Section of the crowd which consisted of young people mostly Men ran towards the Helicopter with their Cellphone Cameras fully prepared for the session.

Some of them went to extends of climbing on the Helicopter wings which was spread the left and right directions, nearly being harmed by the sharp blades and the back side, while shouting to the top of their Voices and taking the pictures for future references.

According to first hand information from the ground, Ruto's security and the Pilot had attempted to block the group from moving more closer to the Chopper, but the Dp allegedly gave an order to allow them take the snaps and enjoy the Moment, since His own ideology revolves among the youths and quality interactions with the less fortunate.

One Man dressed in a yellow T-shirt was heard from the ground saying that they had a great time with the Privileged experience, saying that 'Hustler Nation' is the way to go since they feel included. 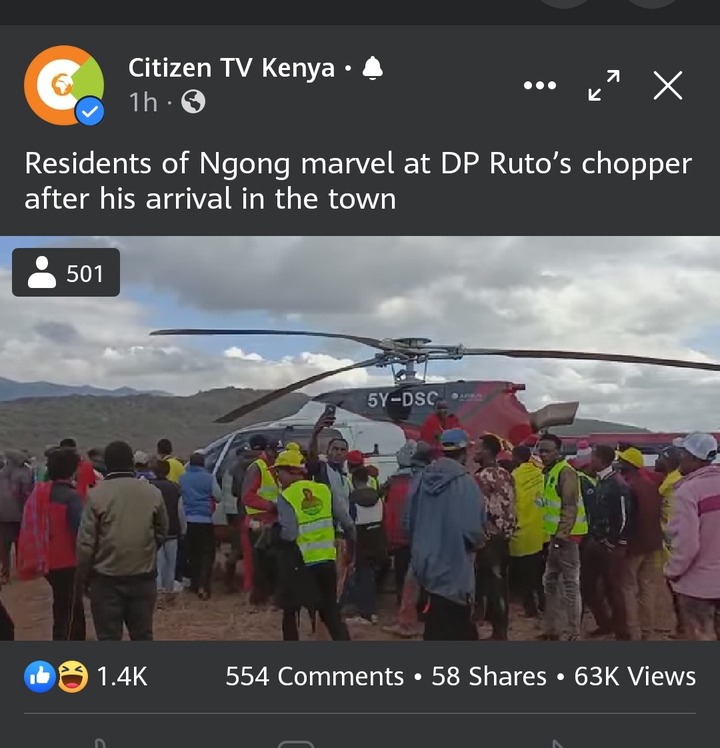 According to the normal state guidelines to safeguard the President and His deputy, Kenyans have never been allowed near the Aircrafts that carries the two VVIPS in functions all around the country. This is a security protocol that was however breached and posed a risk to the Dp.

Some Kenyans accused Ruto's Bodyguards and the Police on the ground for allegedly allowing such an act to happen, Citing that It's a danger because No individual was frisked while moving towards the Chopper, while others took it as a normal thing.

You can watch the video through this link.

Here are reactions from Kenyans : 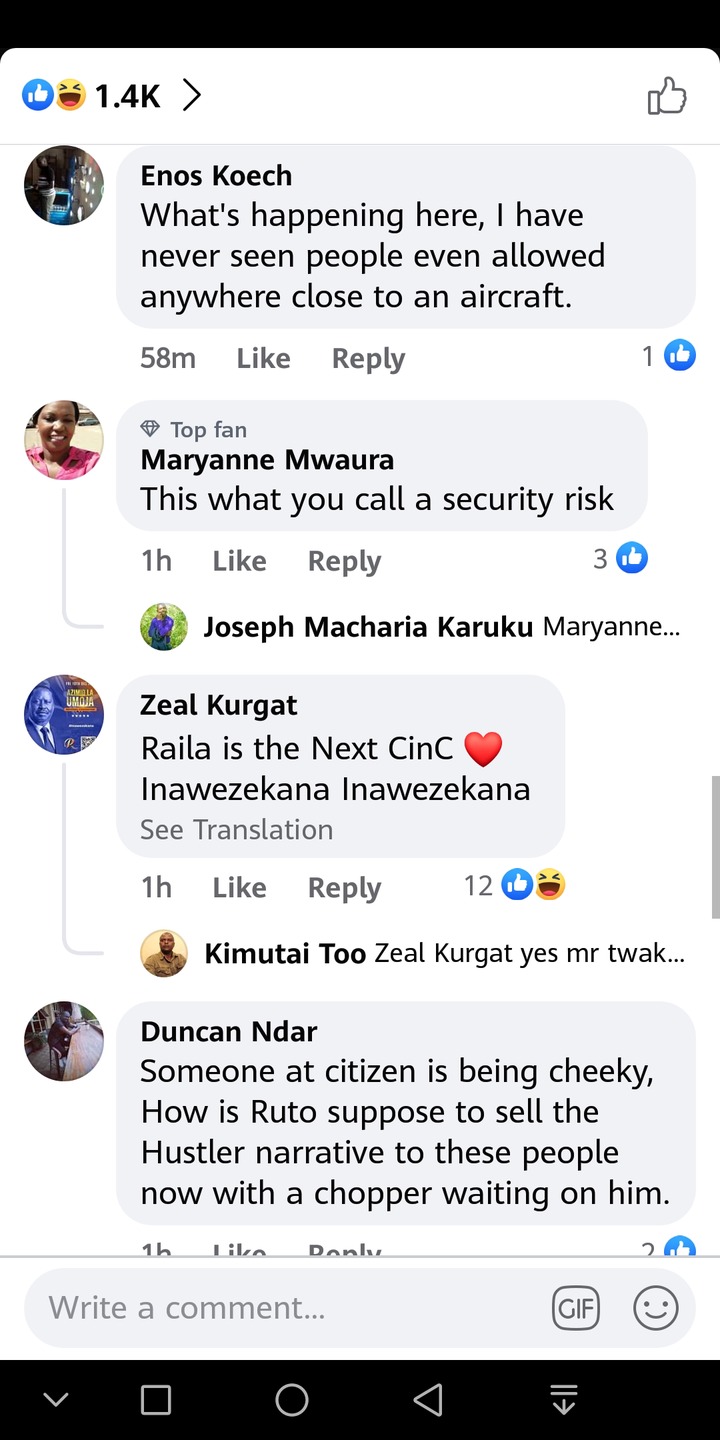 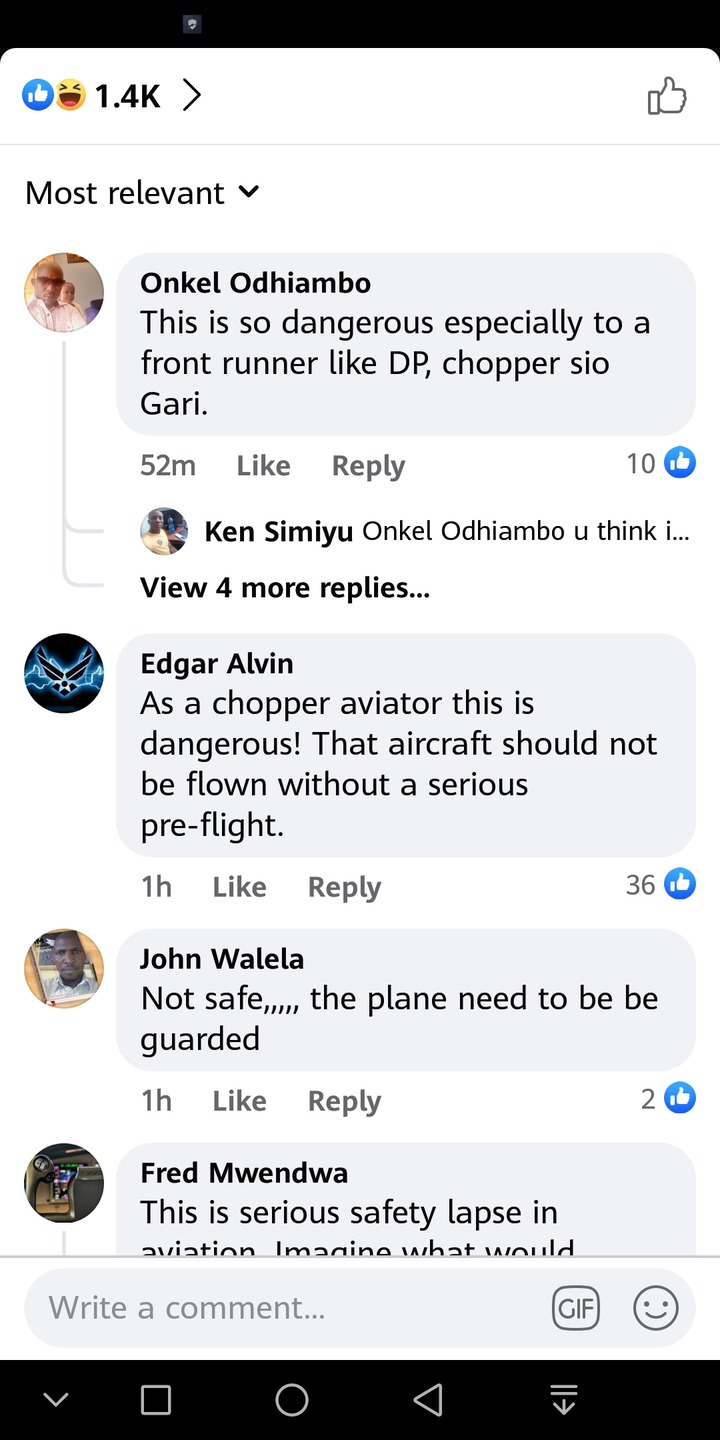 '20 Ya Mauti' Man Stabbed To Death Over 20 Shillings Debt

Wednesday Betting tips to stake on

Meet the Kenyan Sportsman Who Has Beaten Kipchoge in the World

Stunning Free Size Dresses for Mothers To Rock in (Photos)