Chief Inspector Of Police Arrested For Obtaining Money By False Pretence From A Woman, Charged

By allay (self media writer) | 4 days ago 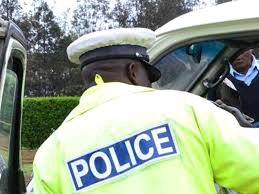 Chief Inspector of Police who was arrested for allegedly obtaining money by false pretence from a woman, charged in court.

According to police OB report Xx/12/10/2021 filed today at Kayole police station at around 4.50pm, a complainant identified as Vivian Onyango Obware said that on 26,October, 2015 she bought two parcels of land at Chokaa area from Chief Inspector Walter Oginga Okello based to Directorate of Criminal Investigations (DCI) Headquarters Nairobi.

Both the land parcels were being monitored by Hurligham squatters development. However, after completing payments for the two plots and signed with the authority, she was served with a plot tittle deed containing two numbers. 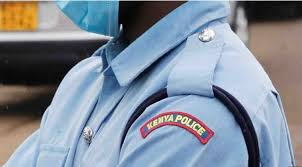 After she started making use of the parcel by erecting buildings, one man identified as Alfred Odhiambo Odongo alias Ochuodho showed up at the site and said the same plots of land belonged to him.

The woman believed that she lost her money and filed the matter at kayole police station for assessment. After probes a file was opened and sent to Odpp for review and further action. The Odpp advised that the two people discuss on the incident or the chief Inspector be arraigned in court to face the disciplinary action. On Tuesday the officer was nabbed and was charged in court on Tuesday 12th October,2021 for obtaining money by false pretences which is against Section 313 of the penal code. 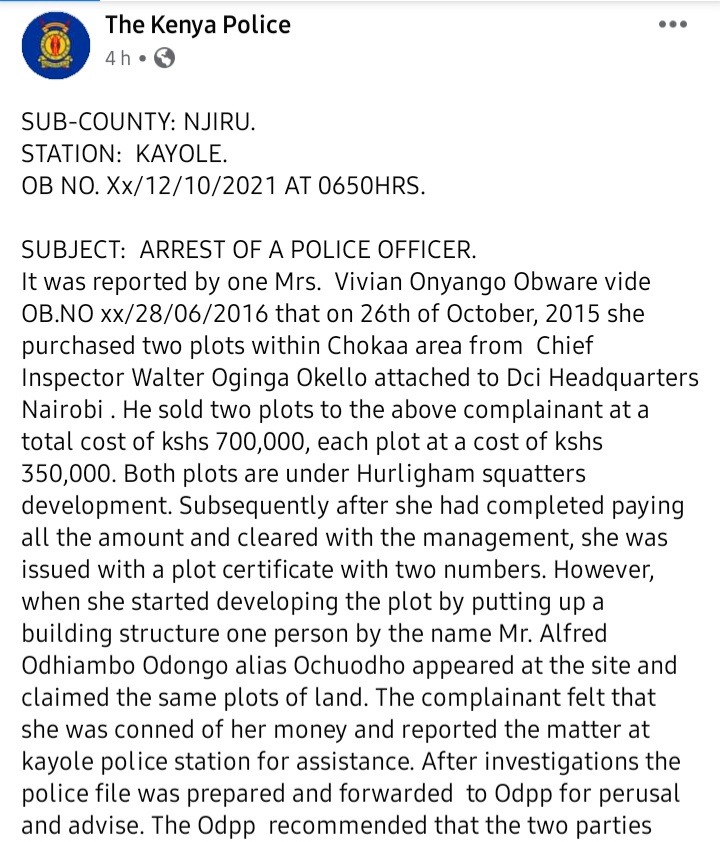 Just in; New Twist To The Death Of Angnes Tirop After New Details Revealed By Detectives