Breakthrough As Nairobi's Most Wanted Fugitive Arrested After A Dramatic Police Chase.

Following the rise in criminal activities over the past month, detectives have tightened the knot in being vigilant and swift in carrying operations to arrest criminals. The recent case is considered a breakthrough after sleuths based in Kariobangi arrested a suspect who is in the list of most wanted fugitives in Nairobi.

According to the Directorate of Criminal investigation in a statement via their Twitter account, 26 year-old Francis Shimoto was allegedly nubbed after a dramatic police chase in Kariobangi that happened in the evening.

In reference to the tweet by DCI, the sleuths based in Kariobangi were in their normal routine of maintaining law and order at around 10pm, when they received information of a robbery in Kithembe road. The robbery involved a middle aged woman being robbed at gunpoint by two armed thugs who were on a motorcycle.

The officers who got a wind of the incident recognised the motorbike and initiated a chase in order to catch the suspects. After a dramatic cat and mouse chase, the motorcycle fell in a ditch and one was arrested as the other escaped.

The arrested suspect is said to have been in the most wanted list of fugitives wanted for numerous murders in the city. However the authorities have since initiated investigations that could led them to the other suspect. 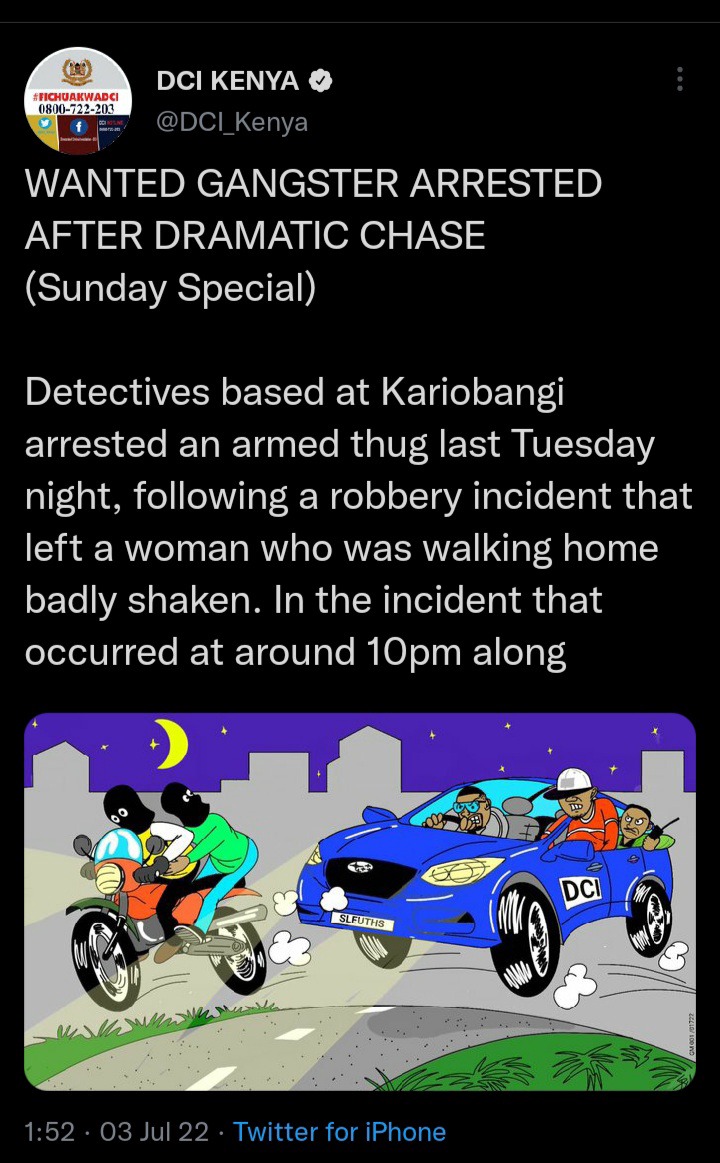