The Kitengela 4 Are Set To Be Buried On Friday.

By Betounic (self media writer) | 9 months ago 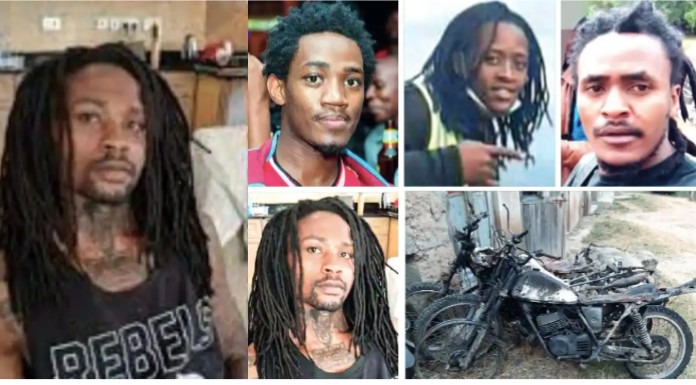 Four suspects in Kitengela were murdered as being suspects to livestock stealing. The four in which two of them are brotheres and the remaining two are cousins.

They met their death on suspicion of livestock theft contrary to the claim that the quadruple were killed in case of mistaken identity. Their motorcycle were burnt beyond recognition.

The four identified as Fredie Wanjiru, Victor Wanjiru, Mike George and Musa are believed were not in good terms with their residents who in turn took a revenge on them resulting to their murder. There was altercation between them and their area residents who mobilised other villagers to kill them.

The villagers attacked them with speakers and other crude weapons, killing them and burning their four high-end motorcycles. The witness said there were more than 15 private vehicles at the scene. They met their death at 11p.m where they stopped to repair their motorcycle.

Their bodies were taken to the morgue waiting for the burrial. The mother of the two brothers, that is Freddie and Victor arrived yesterday from the united Kingdom. She will be waiting for the burial of her sons which is set to be held on Friday 20th.

Video: Gachagua Quoted Claiming That UDA MPs Will be Used to Dish Out Opportunities in The Military

MP Kuria: I Will Release The County By County Numbers Including Voter Turnout For The August 9th

Ruto Washes His Hands, Picks a Fight With Uhuru And Raila in Kilifi