By Aalganon (self media writer) | 5 months ago

Fresh details have emerged following the mysterious death of self confessed killer Masten Wanjala who was brutally silenced by an irate mob. This is something that happened at his home in Bungoma before the police took the body to Bungoma referral hospital. Since then, the body has been held for several weeks to months now since he died. 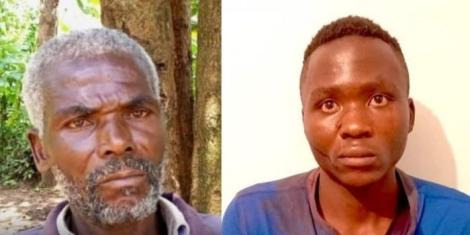 His case has just emerged after his father demanded the body of his son in order to bury him. He complained that police have held on tbe body refusing to give it out because he refused to record a statement. The father said that they wanted him to make false statements about what happened forcing him to refuse. 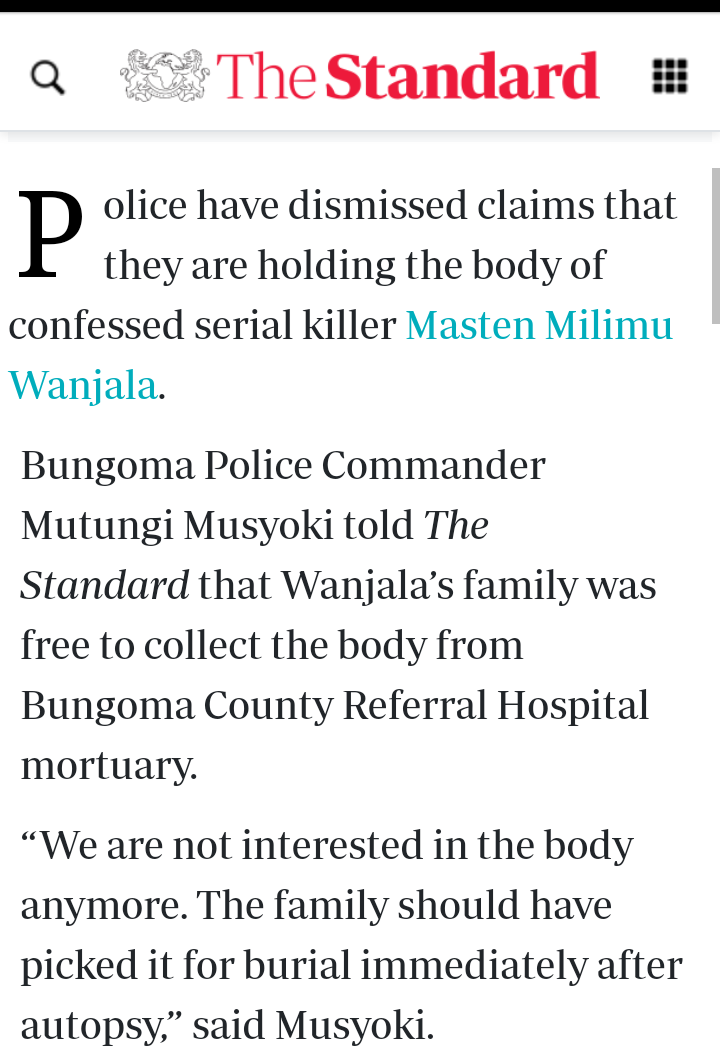 However, the police have also reacted to this trashing circulating claims by Masten Wanjala's father. They said that he is free to pick the body from the mortuary where it is lying. It's too unfortunate that the body is yet to be buried up to now.

After Informing My Employer I Had Been Raped By Deliveryman She Told Me It Was Normal :Ann Narrates

5 Animals That Grieve and Conduct Funerals like Human Beings

"I Was Stuck in Loans And Struggled to Make Ends Meet." Wangeci Wa Kariuki Tells Why

MP Who Carried a Gun to Parliament, Forcing Former President to Flee for Safety

My Brother-in-laws Wore My Husband's Clothes And Shoes At His Burial; Woman Narrates

'Shock as Man Shot Dead Four Times in Broad Daylight After Dropping Off His Passenger in Kasarani.

Kenyan Celebrities Who Have Given Birth In 2022

Former President's Son Currently Battling For His Life In Hospital