Just In : Tragedy As Land Cruiser Reportedly Kills 7 People In a Deadly Road Accident in Moyale

Seven people have allegedly died in a deadly road accident involving a land Cruiser that occured in Moyale. 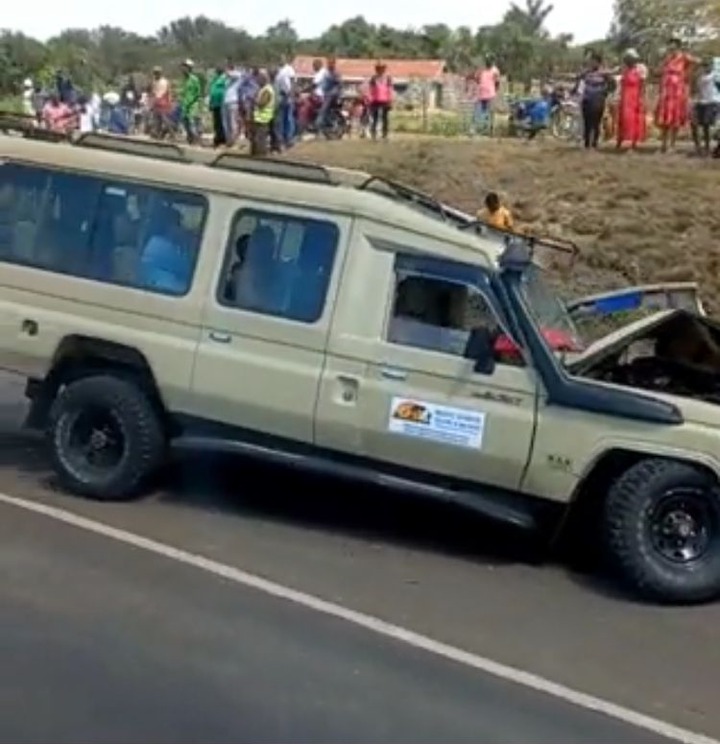 In a news report that has been shared by a reliable source of information, it has been revealed that the deceased who were heading to Isiolo were killed after the vehicle lost control before crashing along the highway.

According to the reports given by Samburu East OCPD, it has been revealed that the deceased died on the spot whereas several others were rushed to the hospital where they are currently receiving medical treatment.

This is happening at the same time when the government through the National Police Service has called upon kenyans to make sure they remain careful on this roads.

According to the reports given by the National Police Service, it has been revealed that the most accidents are currently occurring due to the fact that most Motorists choose not to obey road rules and regulations.

While reacting to this accident, kenyans who took to their different social media accounts to express their opinions and suggestions on the matter have sent their heart felt condolences to the family and friends of the deceased urging the government to do something about the increasing number of deaths caused by accidents. 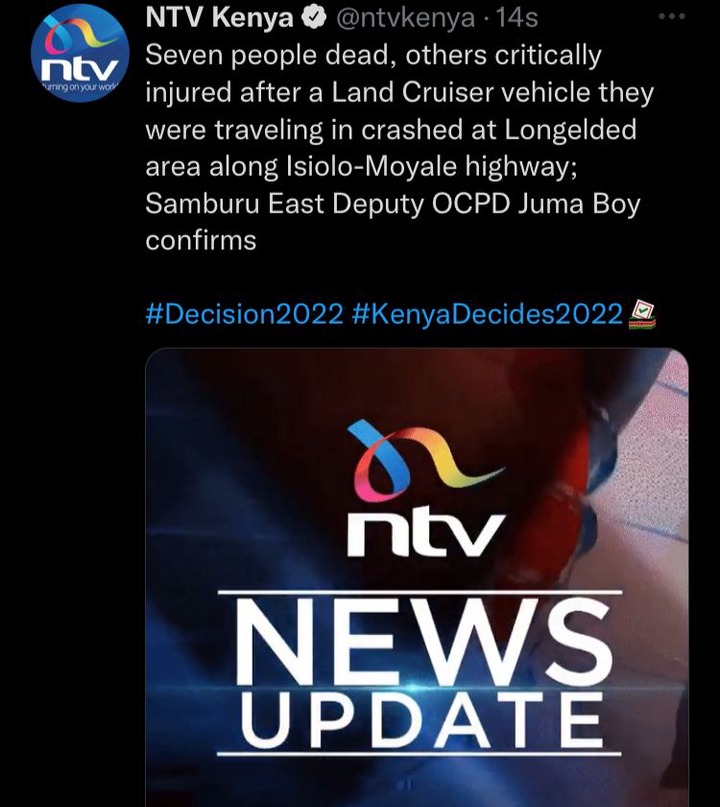