Breaking Bad: High School Chemistry Teacher Who Killed Over 10 People, Bled To Death After Being Shot.

By Rent (self media writer) | 1 year ago

This is a story of Walter White, he was an underpaid high school chemistry teacher who has been diagnosed with stage III lung cancer after his 50th birthday. Mr.White turns into life of crime without his wife Skyler White knowledge, partnering with his former student,Mr.Pinkman,(whose 'meth' lab was raided by Walter White brother-in-law, DEA agent,Hank), by producing and distributing 'meth' in a van,so that he can secure his family's financial future before he succumb to lung cancer. Mr.White had a son called Walter Jr. who had cerebral palsy, Skyler was pregnant with unexpected second child before Walter cancer diagnosis.

As Mr.White business progresses he got a name 'Heisenberg' from his notorious reputation.They were making the best meth ever seen so the demand was high,Walter was the 'cook' while Pinkman the distributor. Walter White and Pinkman became greed and wanted to make more,so they made deals with great drug dealers.But every time the deal was too sweet,their family life was threatened and due to fear they acted fast by killing those who threatened them.Whenever they killed a person they will never bury their body but they will dissolve in hydrofluoric acid,leaving no traces. 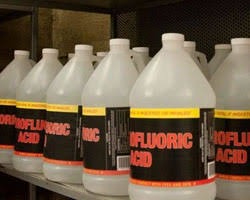 Walter's wife knew about Walter business after the remission of his cancer tumor,because he was scared he ran and stayed with Hank and his wife,but she never revealed that Walter was a drug dealer.She returned home later and started to help his husband in money laundering. 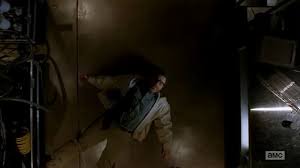 Skyler's brother-in-law was a DEA agent named Hank,who was against the sell of meth,heard of the pure product in town and 'Heisenberg' was the cook but he never knew who 'Heisenberg' was.He chased 'Heisenberg' for years and he was once shoot and left paralyzed after the cartels who were after revenge to kill Walter,who killed their cousin,we're redirected to kill Hank,but they were not successful,where they were all dead.

For more of these stories and to know about their lawyer and what became of Walter White and Hank, watch the full complete series of "Breaking Bad" with 5 seasons and 62 episodes with a run time of 49minutes.

Inside President Ruto's Escort Unit and How they work (Photos)

BREAKING: 127 People Die After a Horrifying Stampede During a Football Game

No Cause For Alarm, Ministry of Health Breaks its Silence on an Alleged Ebola Case in Kakamega