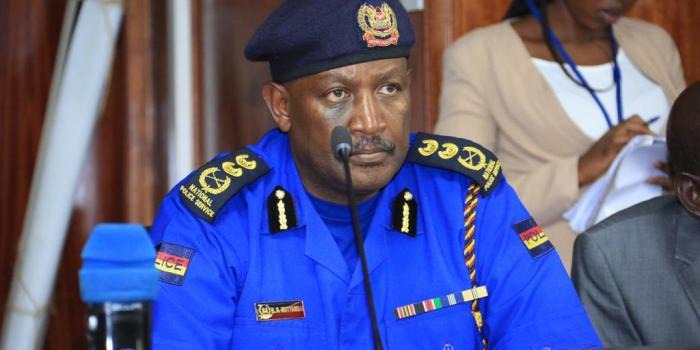 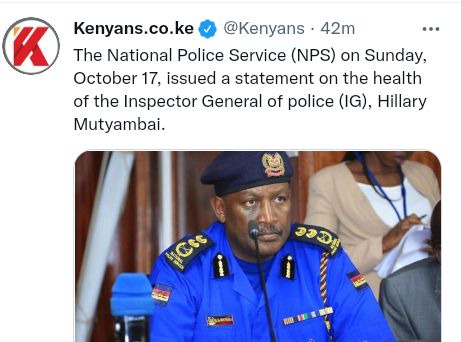 This comes after several reports surfaced on social media alleging that Mutyambai had been rushed to hospital after he reportedly collapsed on October 16. This, coupled with the fact that the IG had not run his weekly forum dubbed #EngageTheIG. 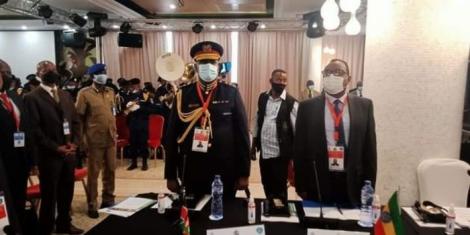 Further the NPS said that the Inspector General of police was very fine and running his routine normally. The police boss was out of the country on official duty.

He had been attending the 23rd Annual General Meeting for Eastern Africa Police Chiefs Cooperation Organization (EAPCCO) in Kinshasa, Democratic Republic of Congo, which ended on October 16

On his social media handle, the IG on October 17 shared a pos confirming that the delegation together with him jetted back to the country.