Police officers from Kibiko have arrested three men over the mysterious disappearance and death of 27 year old Simon Lenana Saliyan whose body was found in a septic tank a few weeks after he was reported missing by his family members. In a news report that has been shared by a reliable source of information, it has been revealed that the deceased used to work in one of the farms in the region had allegedly gone missing in unclear circumstances forcing his boss to file a missing person's report at the police station for more investigation.

Reports given by the woman who had employed him revealed that the deceased was last seen in the evening heading to an unknown location before he failed to show up to work on the next day Forcing his boss to report the issue.

In attempts to find out what had happened to the then missing man, police officers questioned a number of his workmates after which they launched a search for the man who had gone missing Untill yesterday when his body was found dumped in a septic tank by one of the locals who immediately called or rather alerted the police.

"I was passing by and immediately saw a number of flies coming from the Septic Tank. At first I didn't give it much thought and so I went back home. It was Untill I remembered that a man had been reported missing and immediately called the police because the smell from the septic tank was unusual. It was like something was rotting", he said.

While responding to the man's calls police officers rushed to the crime scene where they found the already decomposing body of the deceased which was taken to the Mortuary awaiting postmortem in order to find out what killed him. 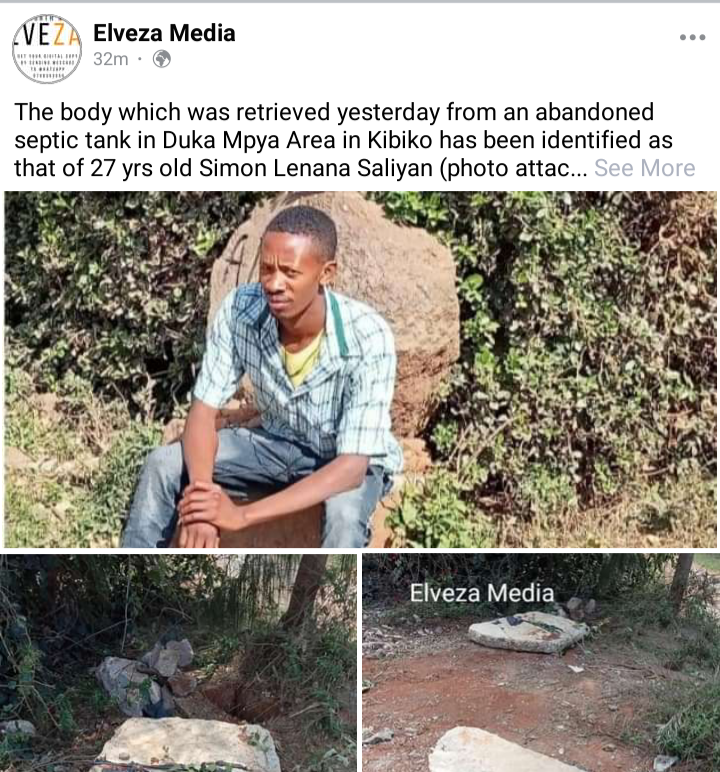