By InnohJohn's (self meida writer) | 25 days

A terrible road crash at northern bypass just at Kahawa west underpass involving three vehicles, Isuzu track, Nissan Serena and Toyota Harrier.This comes after serena and trac collided on Head - On where fatalities have been reported.

This fatal accident is all caused by a Boda boda rider who entered the main road careless without giving a way.The said driver of Isuzu track was trying to avoid hitting Boda boda rider when he missed the lane on which he was using colliding head-on with Nissan Serena driver who had already accelerated. 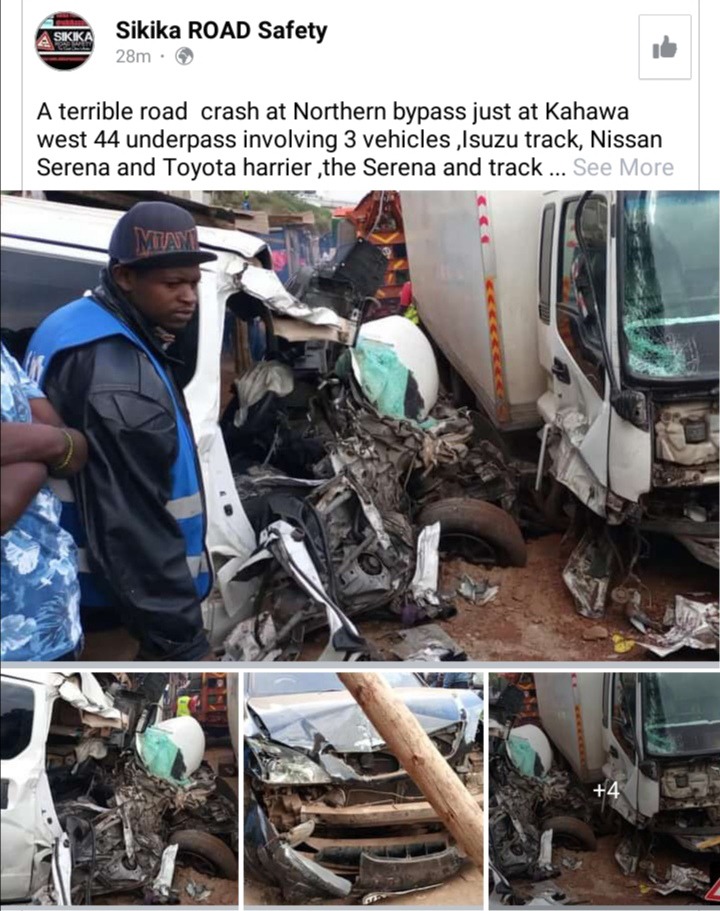 When the two collided, the other driver of Toyota Harrier who was behind Nissan Serena rammed on the two as he was on high speed. He was unable to apply emergency breaks since he was on main road and he had already reached the area of incident since he was behind the two.

The whereabouts of the three drivers is not yet known as residents of Kahawa were trying to rescue the three, before the arrival of ambulance or rescue team.It is one of the feared accident that has left many in tears as they witnessed the incident.

Safaricom Services to be Unavailable For 10 Hours

"Wind Of Change Is Blowing In Kenya", Lawyer Donald Kipkorir Reacts To Protests By Mathira Residents