By Manuelmanuel (self media writer) | 4 months ago 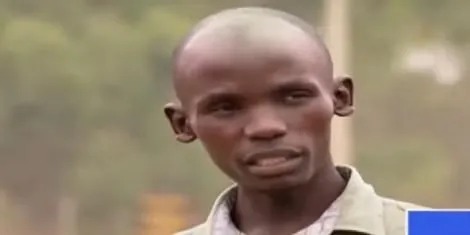 On the night of 26th July, a Uber taxi driver by the name Justus Nyabuto caught the hearts of many citizens after helping an expectant mother to deliver after hospital staff became reluctant to admit her to the Mama Lucy Hospital.

Speaking to KTN Television, Justus Nyabuto said that he saw the needing of help in the expectant mother, Eunice Kimani after noticing that she was in he pain and there was no one to help her.

Justus also recalled the moment when the ambulance driver wanted to transport Eunice back to Umoja after it was realised that the expectant mother would not afford the hospital bills.

"When the curfew started, I saw that a lot of people have transportation problems to and from hospitals and decided to stay near the hospital so that I would even work at night", Justus stated.

"It was around 1:30 am, in the night and when we reached the hospital and went to the labor room, I told her to come out of the car but he could not.

" I asked the for help from the soldier who was around who told me to go to the emergency area to bring a stretcher, reaching the are there was no stretcher",he added.

He noticed that that one of the stretchers that appeared to faulty was too heavy and when he went back she found that the woman was still on the floor.

Justus Nyabuto together with the soldier helped the expectant mother to deliver successfully.

Content created and supplied by: Manuelmanuel (via Opera News )