By Description (self media writer) | 9 days ago 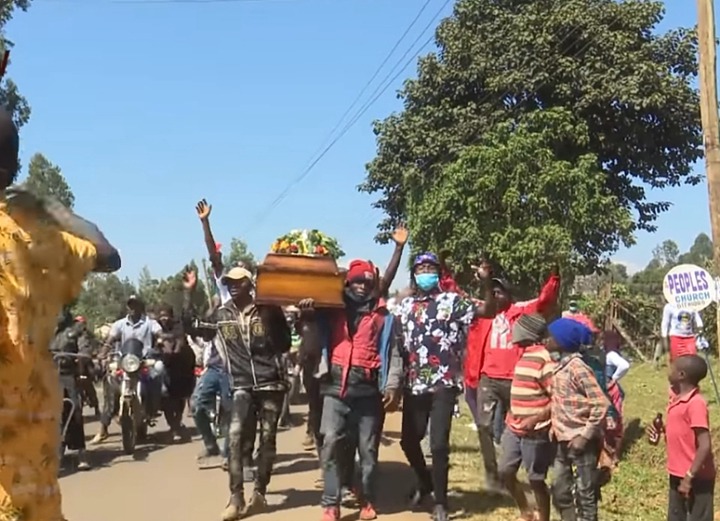 Chaos, wails and screams filled the atmosphere during a burial ceremony in Kirinyaga after a ceremony which was expected to be the final send off of a youthful man who was electrocuted to death, turned into a dramatic scene. This was after the residents took the casket carrying the body and carried it shoulder high. The residents were protesting along the road while shouting and screaming. The angry residents barricaded the road while demanding justice for the deceased.

20-year-old Erick Muthii Wanjiru passed away after he was electrocuted to death by live Kenya Power cables at the beginning of this month. 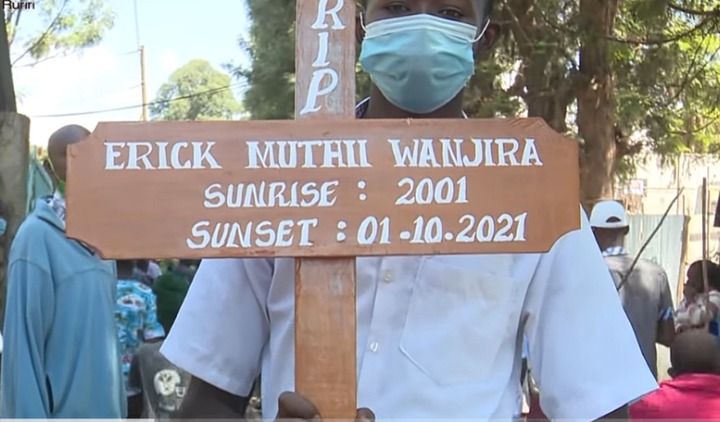 Eric who died last week at Githioro village in Kerugoya when he was pruning tree branches. According to the residents, late Eric Muthii was given the job to cut the tree branches by KIRIWASCO water company when he was electrocuted by electricity cables and died on the spot. 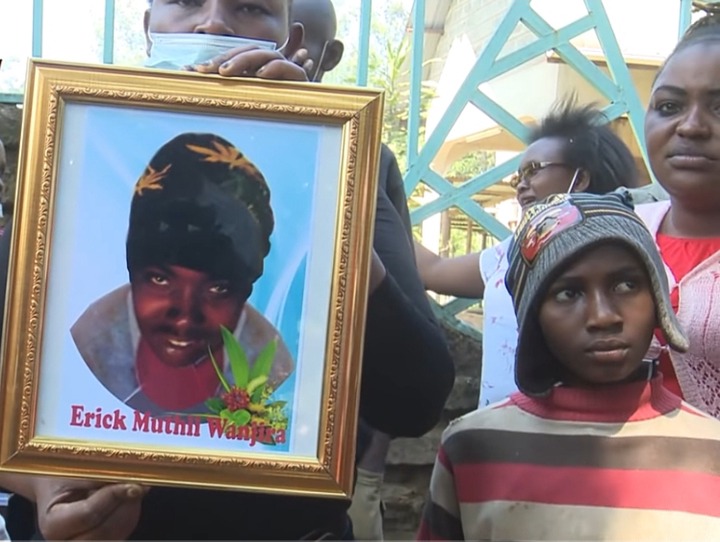 The residents are now demanding for justice following the death of Erick. The residents were also angered after KIRIWASCO company declined claims that it had given Erick the work to prune the trees. The water company which is located in Kerugoya said that Eric was a thief as the company distances itself from him. The company says that Eric was illegally cutting trees and stealing them. 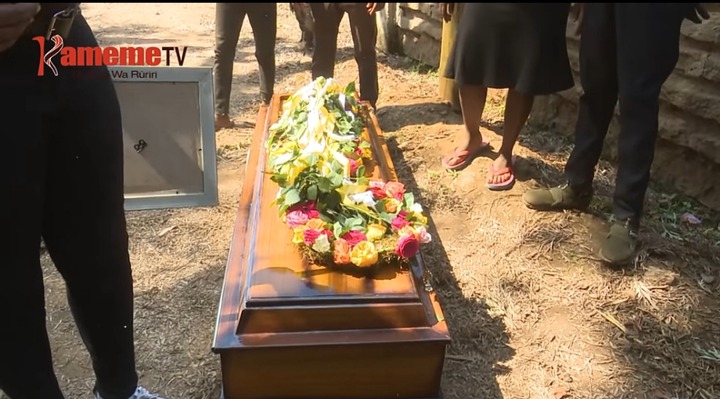 Erick's friends say that he had informed them that he had been given work by KIRIWASCO company. The residents argue that it is ironical that the company claims Erick was a thief as they explain that he was doing the work as the guards at KIRIWASCO were watching him. The people of Githioro now remains firm that the company must be taken responsible for the death of Erick Muthii. 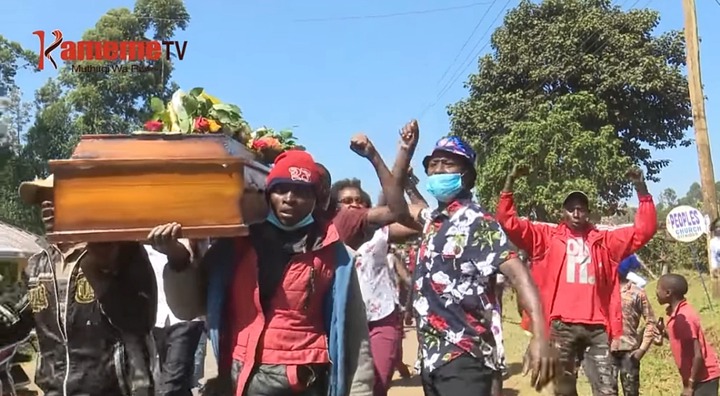