Drama was today witnessed during the body identification process of the deceased who died after drowning in River Enzau. 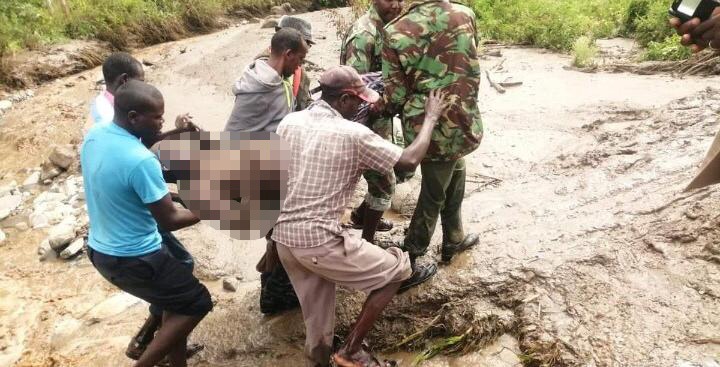 Reports given by a reliable source of information has revealed that the two families started arguing and confronting each other to the point where they allegedly started exchanging blows for the same reason. In attempts to make them calm down, Kitui governor, honorable charity Ngilu got in between the two families urging them to calm down.

In her own words, Charity Ngilu claimed that the government Pathologist was going to do all he can in order to present the bodies of the deceased to their actual family members in order to reduce the ongoing confusion.

"We urge both families to keep calm and safe. We don't want to add more pain to what is already being witnessed here. As per now we can't tell you who is who until the government Pathologist Reveals it after doing a DNA test on each and everyone or them. We know that all of us are in pain, this is such a tragic incident and we are working hard to make sure that we give you the right bodies",she said. 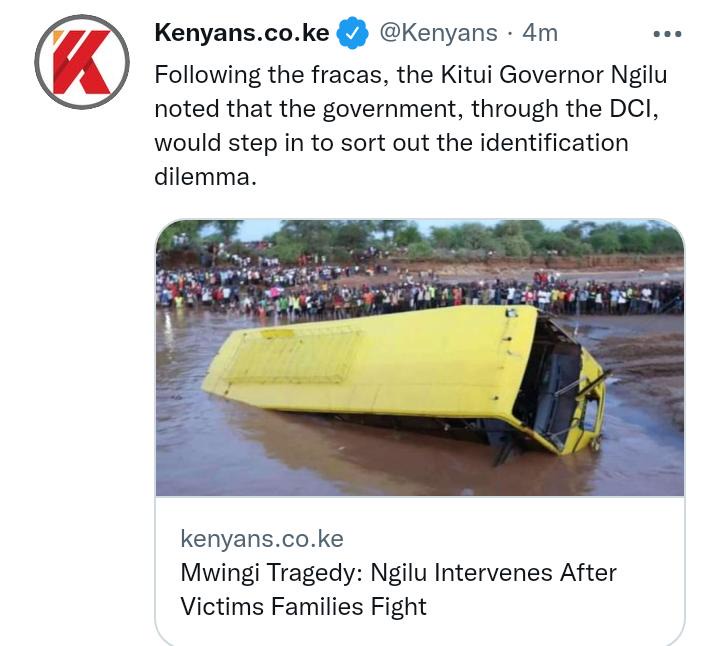